Staying positive after an endometrial c… 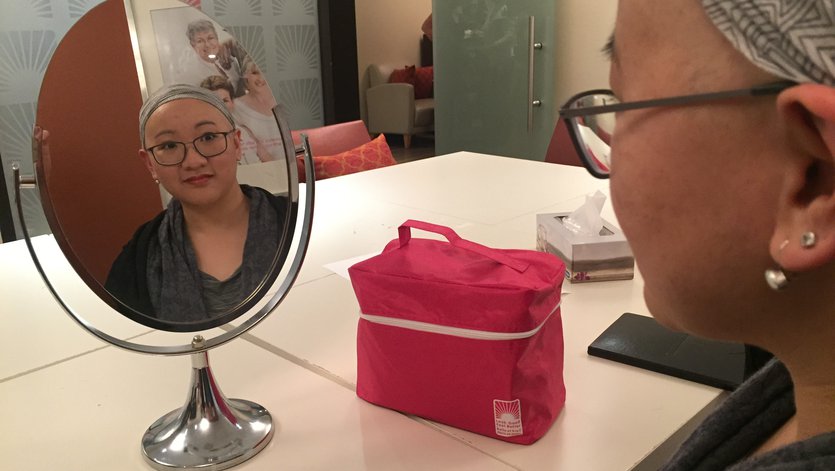 Cancer has taken a lot from Terrilynn Ho – including her dream to be a mother.

“My whole life I wanted to be a parent and now I can’t have a biological child,” the 40-year-old woman said from her Toronto home. “It’s all part of being a woman and how I identified and how I always hoped to have a family.”

While it’s been a grueling year-long battle with endometrial cancer, her final chemotherapy session is in sight and Terrilynn has emerged with inspiring positivity.

“Overall, I’m quite positive about my situation, I do have moments where I’m sad, but they don’t take up most of my day,” she said. It took a while to get here.

Her first bout with the disease began in December 2014, at the age of 38, when doctors discovered colon cancer during a routine screening she gets each year because of a family history with the illness.

After minor surgery to remove the cancer and part of her colon, she assumed the disease was behind her.

The next year, she experienced drastic changes in her period and developed complications with her gastrointestinal tract (a result of the 2014 surgery).

“I was in a lot of discomfort dealing with menstrual stuff and I was dealing with the GI stuff all at the same time,” Terrilynn said. “It got so bad that … November until March I was in the ER about 10 to 12 times.”

She was prescribed pain medications, ointments and even got blood and iron transfusions because of non-stop menstrual bleeding.

After a few months of tests, she went for an endometrial biopsy at Sunnybrook Hospital and by February 2016 she was diagnosed with stage three endometrial cancer.

She had to get surgery right away, which left her and Matty with a life-altering decision: whether they want to preserve her fertility.

“At that point I was thinking it’s likely that I have some genetic issues,” said Terrilynn. “We made a really hard decision that I didn’t want to preserve my fertility.”

On March 11, 2016 she underwent the 11-hour surgery, which included the removal of her uterus, ovaries and part of her bladder.

Her battle with the disease was still far from over. She began radiation that summer and chemotherapy in October.

By day fourteen of chemo, she started to lose her long hair, which was dyed a bright blonde at the time.

With Matty’s help, she shaved her head.

“When I saw myself in the mirror the first day or so I was really startled,” Terrilynn said of her new appearance.  “It related to losing all my reproductive organs … it’s how I identify as a woman. I used to have that choice of doing my hair however I wanted and now that choice was taken away.”

“It was sort of a devastating feeling.”

To help her cope, Terrilynn attends group therapy, which she credits for her healthy and positive perspective on life.

She’s also learned to be grateful for and cherish the positive things in life, like Matty, who accompanies her to most appointments, and her loving dog Audrey and cat Porkchop.

She’s also learned the importance of taking time for herself by looking after her skin and doing her makeup – tools and techniques she learned at a Look Good Feel Better workshop she attended at Princess Margaret Cancer Centre in November.

While she admits her situation can still affect her morale from time-to-time, these coping mechanisms have taught her to put those feelings aside and instead focus on other things, like finishing treatment and discussing the possibility of adoption with Matty.