'The New Adriana:' A teen's changed per… 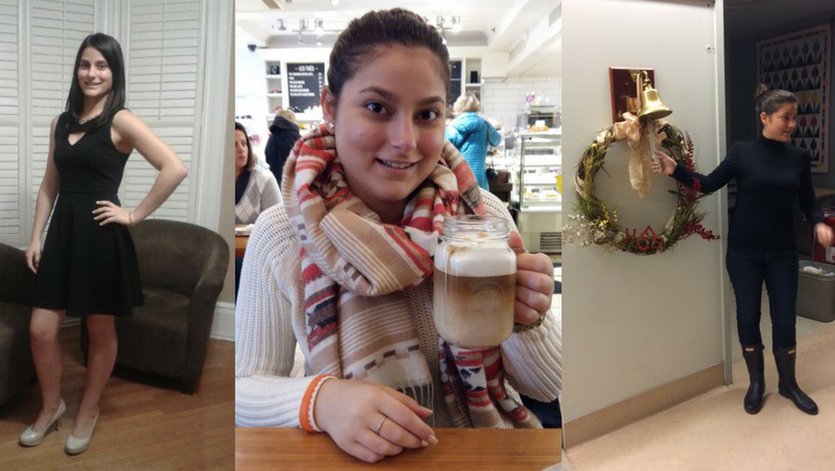 'The New Adriana:' A teen's changed perspective after leukemia

Adriana Lombardo had her senior year of high school at St. Joseph’s College all planned out.

She was going to join the soccer team, graduate with her friends, then study hospitality management at George Brown College.

But in the fall of 2014 she was diagnosed with leukemia at just 17-years-old.

“It was earth shattering,” Adriana said. “In the moment, it’s very hard for you to even process it.”

It didn’t sink in until she was one week into treatment. She realized her life plans have been thrown off course.

“My biggest fear was school. I had just applied to college, I wasn’t going to be able to graduate with my friends, or go back to school for that matter,” she said. “I was more angry at that than the fact that I was sick.”

While she managed to graduate high school in 2015, she had to defer her acceptance to George Brown that September and instead begin a rigorous treatment plan, which involved a heavy dose of steroids and 72 weeks of chemotherapy.

She spent her 18th and 19th birthdays in a chemo chair, but today she’s finally in remission.

“It’s been two years of just chemo every single week,” she said. “I’m a young girl going through cancer, it was extremely tough.”

The appearance-related side effects of treatment hit her hard. She gained 60 pounds from the steroids, experienced bloating and lost not only her hair, but her eyebrows too. “The cancer was taking over me,” said Adriana, adding that she couldn’t continue running or working out to compensate for the weight gain. “It was literally taking over stuff I used to enjoy doing the most, or stuff that I thought I had control over.”

She lost sight of who she was.

“You’re so used to looking at yourself in the mirror and recognizing that person, and now you have no idea who’s looking back at you,” she said.

She signed up for a Look Good Feel Better workshop and was given tools and techniques to mask the effects of treatment – it gave her a sense of control.

“I learned that even if today is a crappy day, I can put on some mascara, put on some eyeliner and I can still kind of feel like my old self,” she said.

As she continued treatment, her feelings of anger and sadness subsided and she’s grown into a different person.

“I don’t look at my cancer diagnosis as a sad thing,” she said. “I will never look at it and dwell on it.”

She believes she was becoming someone she “wasn’t meant to be” and her diagnosis gave her a chance to change course. The “old Adriana” was always on the go, she never stopped to appreciate the moment.

“Now I’m actually slowing down and self-reflecting,” she said. “I don’t put pressure on myself.”

With chemotherapy behind her, she sees 2017 as her “big come back.”

Her plans are short-term and simple: to celebrate her 20th birthday outside of a hospital and get a hip replacement in the summer (the steroids and chemo wreaked havoc on the joints in her hip).

While she’s been given a new outlook on life, she hopes her story educates others on the emotional fallout from cancer.

“No one actually understands the physical and the mental and emotional exhaustion throughout it, and what is going to come after it,” she said. “It will never go away – it’s always going to be a part of you.”

“You’ve changed because of it – either for the better or worse.”