The side effect no one talks about 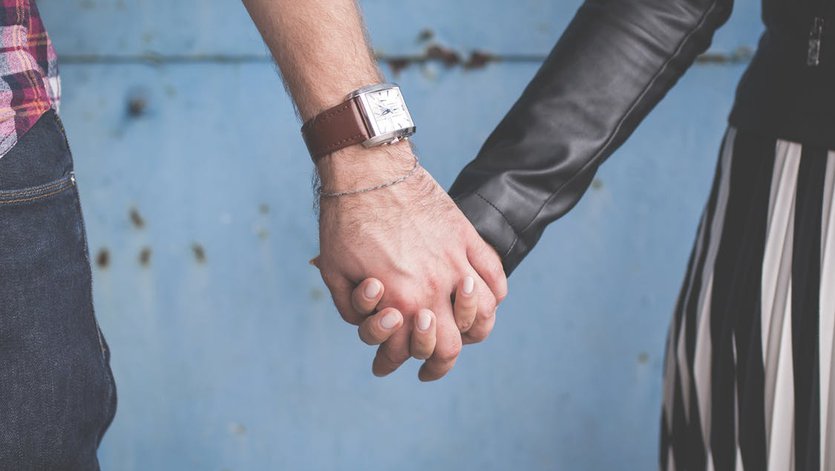 The side effect no one talks about

“There were times when I came home from work, and my husband would come home from work, and I’d go to the bedroom to change my clothes and he would follow me, and next thing I knew, I was on the floor,” says AnneMarie, laughing. “That’s what our intimate life was all about,” she remembers, mentioning how the couple would sometimes be driving and have to pull over to the side of the road because the feeling struck. “We just clicked, and everything was wonderful and spontaneous,” says the 57-year-old mother of three. “Then cancer hit,” she says with no laughter, “and suddenly it wasn’t like that anymore.”

Like her mother before her, AnneMarie developed breast cancer. At the age of 49, she had a double mastectomy and, later, a full hysterectomy when cancer cells were discovered on her cervix. After chemotherapy and surgery, AnneMarie is cancer free. “Aside from the missing body parts, which I am reminded of in the shower every day, and the pill I take every day, there are no health issues,” she says. Breast implants, along with nipple reconstruction, make her look “normal” she says, on the outside, but inside, and behind closed doors, things are anything but.

“Our sex life is greatly diminished,” says AnneMarie, referring to life with her husband of 20 years with uncharacteristic restraint. “Activity wise, it’s 10 percent of what it was, and that makes me sad because I still long for a physical relationship.”

The aftermath of cancer and its treatment can wreak havoc on a woman’s sex life for a variety of reasons. With reproductive cancers in particular, radiation and surgery can change the sexual function of the body, or throw a woman into menopause, suppressing her drive; many cancer drugs have a drying effect that makes intercourse and even kissing uncomfortable. Difficulty with arousal and orgasm is nearly three times higher for those who have undergone chemotherapy than for those who have not. The emotional fall-out, however—think fear and battered self-esteem—is often the greatest impediment to returning to a satisfying sex life. 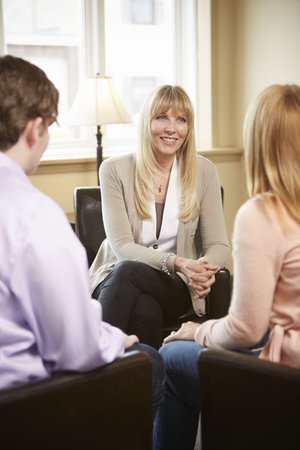 Lisa Skelding has been a social worker for 25 years and, since 2007, has worked as a sex therapist, focusing on couples who have faced cancer. According to Lisa, the extent of sexual difficulty is often determined by the extent of treatment. “If a woman had chemo and radiation and drugs as well, if the magnitude of treatment is great, the greater impact it’s going to have on her sex life,” says Lisa, who writes a blog about intimacy and cancer for FacingCancer.ca. But she wants women to know they can reclaim that part of their lives.

The most telling prognostic factor: “The couple’s ability to communicate,” she says. “The fact that couples even show up in my office tells me they work together, that they’re trying to solve something together.”

In her practice, Lisa often meets with both people for individual therapy before bringing them together to focus on their intimate life. “You can’t do sex therapy with one person—that’s like trying to clap with one hand,” she says. “That’s not to say you can’t be sexual with yourself and start there, as you’re re-learning. In fact, that’s really important. But if you try to be in a sexual relationship too soon, anxiety takes over.”

The first time AnneMarie had sex after her hysterectomy, she was eight weeks postsurgery; intercourse had been deemed medically safe, but the nerve endings in her vagina hadn’t yet grown back. “I tried to be the assertive one,” she remembers of that day four years ago. “But I couldn’t feel anything and the frustration was so troubling that I stopped right in the middle. He said ‘what just happened?’ I lay there thinking ‘I have no sensation in my chest [because of her breast implants], no vaginal sensation…’ It was embarrassing and so disturbing that
I just said ‘leave me alone’.” That set the romantic tone for the next couple years, and led AnneMarie to therapy.

“I sat in a therapist’s office crying my eyes out,” she remembers, self-defeating thoughts and questions on a constant loop: “Who was ever going to want me? I am scarred, damaged goods. I’m not a woman …”

Her thinking was entirely off course, and her therapist helped her see that, but AnneMarie got it right by opening up—silence about sex after cancer is common and can have some of the most damaging effects of all.

Valerie Heller is an oncology social worker at Princess Margaret Cancer Centre in Toronto. She helps patients with practical concerns, like drug counseling and income assistance, as well as emotional support. Women speak to her about intimacy, but “not enough,” she says. “That’s the problem I’m finding, and it’s confirmed by the literature: sex is often not brought up.”

That’s not surprising—“oncology teams are focused on survival,” says Lisa. And Valerie’s patients have other priorities, too. “Women are so consumed with the cancer, it’s hard to think about their sex life. Initially [after diagnosis], it’s not the most important thing,” says Valerie. “But I want to have patients feeling validated, and knowing that this issue is incredibly important, and not something to be brushed aside.”

Opening up to a hospital social worker, nurse or oncologist is the first step in learning about the physical interventions and treatments available. According to Lisa, before sex therapy, women need “a medical assessment, a clear understanding of the impact of treatment on their physiology.”

Radiation to the pelvic floor and some chemotherapy can cause vaginal stenosis, or scarring, which can narrow the vaginal canal and make intercourse uncomfortable. Kegel exercises, the repetitive contraction of the pelvic floor muscles, is recommended, but not always adequate. That’s where dilators come in.

These devices are about the size of a tampon and come in various sizes. Placed inside the vagina, turned in circles and gently pushed up, they gradually stretch the area, slowing the creation of new scar tissue and loosening existing stenosed tissue. Nadia Pooran is a specialized oncology nurse at Princess Margaret Cancer Centre where she “navigates patients from day-one of the diagnosis.” She organizes biopsies, CT scans and MRIs, she teaches patients about chemotherapy drugs and radiation. And she arms them with knowledge to help reclaim their sex lives. “We recommend women start with the dilator a few days after treatment has stopped, and that they use it for 10 or 15 minutes a few times a week until their follow up appointment,” she says.

This therapeutic device can help mitigate physical discomfort of follow-up exams, and also with intercourse. It doesn’t, however, address the emotional stumbling blocks that can surface around intimacy. “For a lot of my patients, their fear is that because treatment related to the lower half of the body, if they have any type of sexual activity, they feel cancer is going to come back,” says Nadia. (For the record: That’s not true.)

There’s a lot of talk that goes on between us now, because sex doesn’t happen in the bedroom, we know that,” says AnneMarie. “My husband has gone out of his way to let me know that I’m still desired, but I won’t initiate anything in the bedroom,” she says. “I took this attitude that he has to prove to me he wants me, that I’m not a disaster case; but if I initiate sex and he reciprocates, then [I feel] he’s taking pity on me.”

Lisa often sees this in her practice. “A woman may have in her mind ‘they’re not reaching for me because they’re not attracted anymore,’ but really it’s because the partner is afraid of hurting you.” They’re also afraid of not connecting.

“Men surprise me,” says Lisa. “Men who are in love with their significant others often say it’s not about the sex—it’s about the woman. They say this readily. ‘You are what I want.’ And when women can hear that, it blows them away that it’s still them that matters, the quality of who they are, not their vagina.”

Besides giving a couple a chance to discuss the emotional and physical issues, sex therapy teaches techniques to practise working through them at home. Lisa shares some of these techniques in her blog at FacingCancer.ca.

“I’m a work in progress when it comes to getting my emotions to match up with what I know intellectually. I have to get out of my own head, which is still a challenge,” AnneMarie says. For AnneMarie and her husband, “Things are improved, yes. We’re working on it. That’s all I can say.” And she says it with the laughter back in her voice.

The Side Effect No One Talks About