I ran a half marathon to raise funds fo… 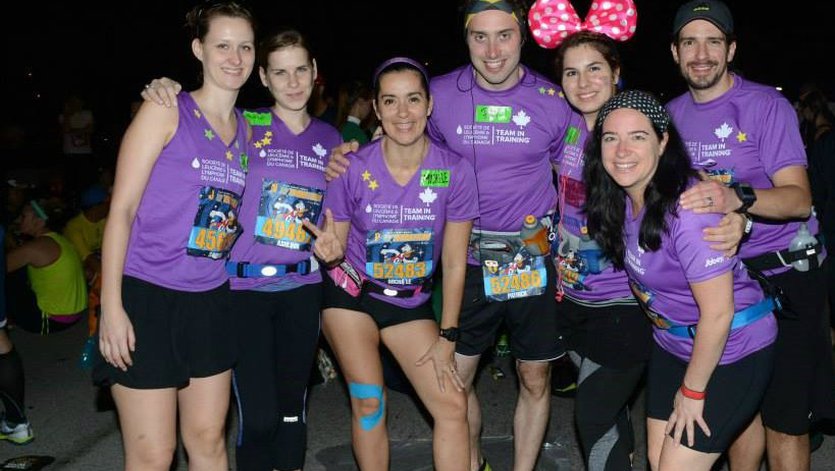 A little over three years ago I ran a half marathon to raise funds for blood cancer.

I had been 'jogging' on my own but never thought of completing a feat such as a half marathon.

When I heard Team In Training's commercial on my favourite Montreal radio station I thought I'd have a look at the website.

They have races all over the world, and to my pleasant surprise there was one in Florida at Disney World where my childhood best friend had become a resident to work in the most magic place in the world!

A visit and a half marathon?

How could I not?

The training was gruelling. My first group run was the longest run I had ever done, especially since that run was extended by a trip in an ambulance to an emergency room as my muscles had seized up.

My coach followed in her car and gave me a big lecture about staying hydrated, pacing myself, and what to eat before a long-distance run.

The weather started to turn in Montreal and I found myself training in rain, snow, ice, and -30C temps.

The marathon training was something in and of itself, and the fundraising is a whole different kind of something.

You have to commit to a minimum amount, and as my sources were tapped out three years ago I think if I were to 'race' again it would be on my own ticket.

The day came and the adrenaline had me out of bed somewhere around 3 AM. (Races typically start early in the morning.)

I geared up and set off.

Our Montreal team was dispersed in the rankings but we all chose to stay back and race together.

Slowly, slowly people picked up their own pace but I had an angel pacing me and kept me company.

Around the 11th mile I told her to continue on her own as my energy supply was waning but I wanted her to meet her goal time.

I ended up finishing slower than anticipated, but was still *oh* so proud of myself. I still to this day count it as one of my biggest accomplishments and proudest moments.

Here is a letter I wrote to my fundraising supporters from my hotel room that afternoon: 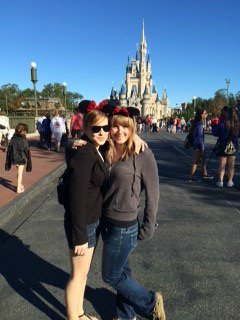 Your contributions were part of 2.5 million dollars raised to find a cure for blood cancers.

This past weekend I ran 21 kilometers as an LLS member in Disney World.

It was a particularly special event for me as the afternoon before my departure I was given the coordinates of my bone marrow donor.

I can vouch as an experienced patient that the renewal of life is precious and is to be cherished as we are reminded of the simultaneous existence within us of fragility and strength and the relationship between them.

Thanks so much for your generosity. I feel privileged to have shared these moments with a society united and founded by a very valuable initiative and worthy cause, and for the insights I have gained.

Thank you so much,

Also, the trip permitted for some leisurely activity, and I have attached a picture of the adventures partaken by my best friend and me.