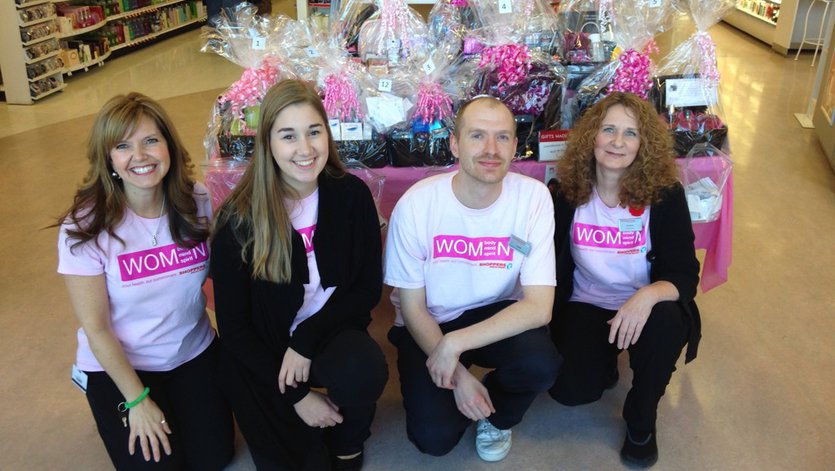 Look Good Feel Better relies on the community to raise much-need funds to keep the program going for years to come - which is why the staff at Shoppers Drug Mart Store #546 have been named Heritage Heroes. Lisa Setter-Johnstone, the cosmetic manager at Shoppers Drug Mart in Selkirk, Manitoba, has served many customers going through cancer treatment – many of whom have also attended Look Good Feel Better.

“They rave about it,” she said. “They say it helped them so much throughout their treatment. It just gives them that bright spot.”

Hearing about the impact firsthand is what inspires her to help raise funds for the cause with Shoppers Drug Mart beauty galas - something the store has been doing for the past six years.

According to store manager Jim Riley, the impressive fundraising is truly a team effort seen across the store.

“Our staff just feels that this is something that goes hand-in-hand with what we do as a pharmacy and as a drug store and as a cosmetics department,” he said. “Everyone in this world has been touched by cancer.”

“It just makes sense to actually try to help people feel better in a bad situation.”

A lot of the support also comes from dedicated customers who feel compelled to make generous donations.

“Anybody anywhere has had personal encounters with cancer, whether it’s family, whether it’s friends, whether it’s customers,” she added. “Look Good Feel Better is a cause that’s hugely near and dear to our hearts.”