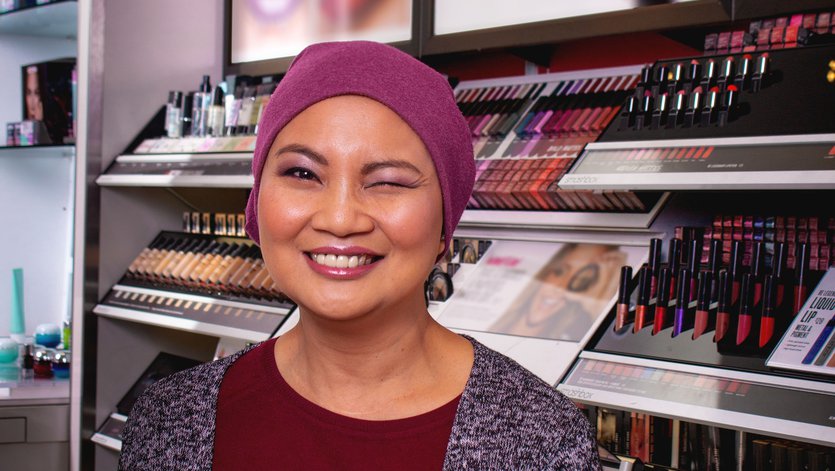 The pair break into laughter and Amirlyn corrects herself.

The 49-year-old mother felt a lump in her breast last summer, while her family of three was in the midst of moving back to Canada from Vietnam.

“We were busy trying to plan to move back and I wasn’t thinking,” she said.

She pushed it to the back of her mind while they settled into their North York home August 2017. Over the Christmas holidays she went to see a doctor.

After an ultrasound, mammogram and biopsy, Amirlyn awaited the results early January.

The night before the appointment was the only time she panicked.

“For one night it was not clear, and I had no idea what was happening,” she said. “I couldn’t sleep.”

If she had to undergo surgery, who would look after Catherine? Her husband, in a contract position at the time, wouldn’t be able to take much time off, she thought.

On Jan. 9 she was diagnosed with stage two breast cancer. 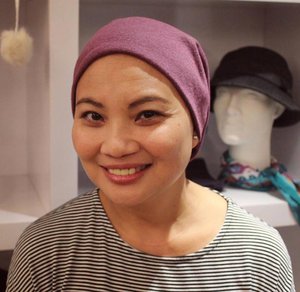 The medical team at North York General Hospital connected her with a survivor who experienced a similar diagnosis and treatment plan.

She was referred to Look Good Feel Better and signed up for a Toronto workshop in February.

“I thought the loss of hair would be the biggest deal for me – I’ve never had short hair in my life,” she said. “I wasn’t prepared for the dry skin and the bloating, the weight gain … I look different. I just wanted to feel normal, like myself.”

At the workshop she learned how to care for her skin, fill in her eyebrows and bring colour back to her face.

“It was a great day,” she said. “It felt really good seeing my face like that. It lifted my spirits.”

She was especially grateful for the opportunity to be among other women facing similar challenges. She exchanged phone numbers with a fellow participant and they’ve been in touch ever since.

“Seeing how other patients are managing – I was so inspired,” said Amirlyn.

For #WinkDay on June 14, she’s winking to let women know Look Good Feel Better exists and that they don’t have to go through this alone.

You can help women like Amirlyn by posting your best wink to social media with #WINKDay. For every post, Shoppers Drug Mart will donate $5 to Look Good Feel Better, helping women with cancer feel like themselves again.

See who's winking with us 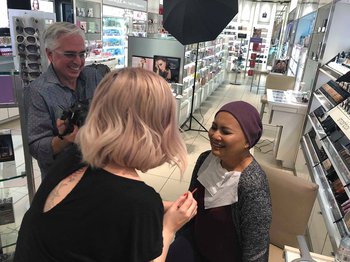