This 18-year-old cancer survivor is WIN… 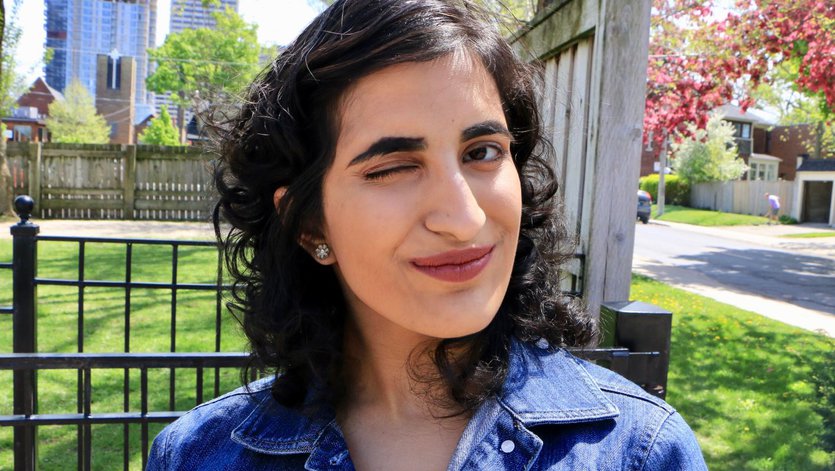 This 18-year-old cancer survivor is WINKing to let women know it’s O.K. to ask for help

Anjali Sachdeva was diagnosed with Hodgkin’s Lymphoma at just 16-years-old.

The diagnosis – an incidental finding after a routine scoliosis scan – came as a shock to the young teen and her family.

Unwilling to miss out on her education, Anjali stayed enrolled at St. Clement’s School throughout her four cycles of chemotherapy.

While she told her close friends, as well as her entire grade, about her diagnosis, dealing with the side effects and symptoms at school was difficult - especially when it came to losing her hair and eyebrows.

“It was really hard for me, because I had always been a little self conscious about my appearance,” she said. “I just didn’t feel as comfortable anymore.”

She heard about the Look Good Feel Better teen workshop at Sick Kids Hospital, but was hesitant to sign up at first.

“Lymphoma is not a big deal – I thought I should give the opportunity to other kids,” she said, adding that she’s always had difficulty asking for help.

Fortunately she realized Look Good Feel Better was there for girls like her – for any woman, facing any cancer.

She registered for a workshop in February 2017 – a treat for her 17th birthday.

“It was one of the first things that made me realize it’s O.K. to ask for help,” said Anjali. “The workshop was just something that I looked forward to and I’m really glad I did it.”

“I felt a lot better about myself. I was able to go back to school and say, ‘I like how I look.’”

Anjali, now 18-years-old, is a year and a half out of treatment and preparing for her first year at university.

She remains an advocate for Look Good Feel Better and recommends the program to anyone in need.

For #WinkDay on June 14, she’s winking to let women and girls know that it’s O.K. to ask for help.

“It’s important to say what you’re feeling – don’t be ashamed of it,” she said.

You can help girls like Anjali by posting your best wink to social media with #WINKDay. For every post, Shoppers Drug Mart will donate $5 to Look Good Feel Better, helping women with cancer feel like themselves again.