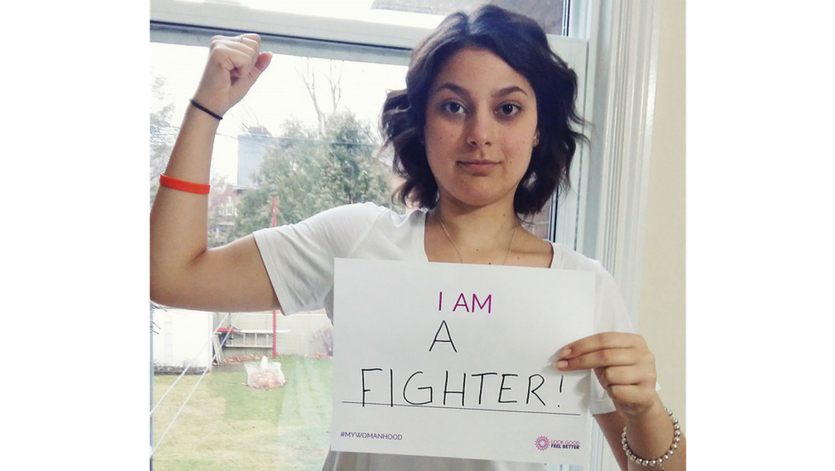 The unexpected Part Two: Low counts and a relapse

When I was leaving the clinic on March 17 after having my blood redrawn and seeing that both doctors were feeling confident after performing a bone marrow aspiration, I went to pick up my itinerary from the secretary.

“Ms. Lombardo. We noticed you have not yet signed up for My Patient Portal where you can log-in to see your results and on-line itinerary. Here is the code. Make sure to sign up before the expiration date.”

I had heard of the portal but never asked about it because I thought that’s what the doctors are there for – to tell you the results. The itinerary is one thing, but why would I want to see my results before my doctor does? I went home and put the paper off to the side.

It was a little nerve wracking to think that results still needed to be determined from my aspiration, but later in the afternoon a clinical nurse specialist from the Adolescent and Young Adult program at Princess Margaret Cancer Centre phoned me since I had updated her about my postponed surgery and wanted to check in.

After discussing my fears about the unknown, she read me the clinical note that was documented after my visit. I was comforted knowing that both my primary doctor and the other doctor who sat down with my mom and I were both confident that the results would come back negative as it could simply be a reaction to a specific medication. I didn’t think about it for the rest of the day. 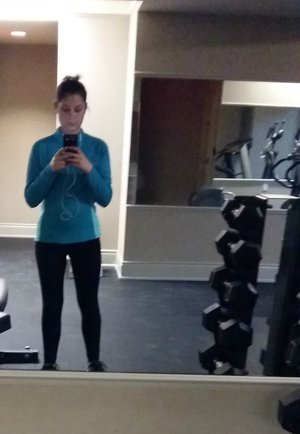 Later that evening my family and I were eating dinner when we missed a phone call at 5:20p.m. from the hospital. I knew that should it have been my oncologist, he would email me asking me to call him if it were something serious. I was calm knowing it must have not been urgent.

I came out of the shower at 7:45p.m. and noticed the sheet of paper with the registration code next to my pills. I decided to sign up for the portal at least to get rid of this extra paper lying around.

I went into the living room where my dad was sitting on his own computer and sat on the couch opposite of him to log into mine.

The registration took me two minutes, so I decided to log in and see what this portal is all about.

I clicked on “Reports & Results” and saw two new entries. One at 10a.m. that stated exactly what the clinical nurse specialist had read to me over the phone early that afternoon and one at 5:07p.m. It was titled: BMT Donor Search. I clicked on it out of curiosity.

After scrolling through it once, then again, I found myself staring at the word, “Relapse” with that same date listed under diagnosis, “Friday, March 17, 2017.”

My heart immediately fell into my stomach…if that. I didn’t want to jump to conclusions as I imagined my doctor doing this as a “Just in Case” scenario.

I emailed him right away because I knew he doesn’t hesitate to reply to patient emails.

I felt a wave of heat come over me and began to tear at the eyes, then I whispered, “Daddy? I think I relapsed.”

He ran over to the couch I was sitting on and pulled my laptop onto his lap. He read those exact lines and scrolled three times back up and down the page in hopes of the information magically changing.

I heard my mom coming in through the front door as she had gone out after we had eaten. She came up the stairs calmly even though she heard me crying. My dad looked up from the screen with tears pooling at his eyes and said, “It’s back.”

I was crying hysterically hoping this was all a dream. My mom walked over to me and said, “Let’s stay calm and call the doctor.”

I pulled out my cell phone and phoned him. He didn’t answer.

In a span of two minutes, he phoned us back.

I couldn’t bare to speak to him because I was shaking and handed the phone to my dad. After a sentence or two of conversation, my dad handed the phone over to my mom because he was hoping he misunderstood the only words my doctor muttered through the phone:

“I wasn’t expecting this, but it did come back.”

My mom grabbed the phone from my dad and yelled, “What is happening?! What is she reading online?!”

Her voice grew in anger as he was confirming what we were all hoping was a mistake.

The rest was noise. I was yelling. I was shaking. I slammed my laptop shut and almost threw it across the room until my dad yanked it out of my hands.

My mom had gotten off the phone but for those fifteen minutes I cried, yelled, and screamed.

This couldn’t be happening again. Everyone was so confident during my treatment that it was going so well and that the end result would be great.

After I calmed down and listened to my mom tell my dad and I that we needed to be back at Princess Margaret the next morning at 8:30a.m. to discuss treatment plans/options, I sat up and said, “I have to go clean my room.”

It’s probably the silliest thing because my parents looked at me with such confusion, but I found that everything else in my life I had no control over at the moment, but I did with the clutter in my room.

This was a technique I had learned at my mindful meditation class: when life seems to be falling apart in one part, think of where we actually have control and be productive. For me, cleaning my room was being productive.

After calling my uncle to tell him the news and to bring my sister to our house and calling my boyfriend to tell him, we sat in silence.

The room was filled with a lot of emotions. Sadness. Confusion. Anger.

But then, I felt lighter.

A wave of hope came over me that made me believe that if I fought this once, I can fight this again. This time can’t be any different than the last time in the sense that I am still fighting for my life.

We met with my doctor the next morning and I felt a dark cloud hanging over us as we followed him into a conference room.

He could barely look at me.

It was no one’s fault. It just…happened.

When he was ready to begin, he explained to us that it was only a 30% chance that should it come back this early it would. I didn’t expect the numbers to be that low and me be in that category. That was frightening seeing as my body was accepting the chemo during treatment. They never had any indication nor did I have symptoms. 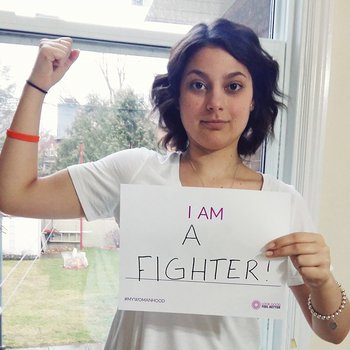 We discussed treatment plans and my hip surgery.

Because of the amount of pain I have in my hip, my doctor decided to have my surgery first and then begin treatment as soon as my wound heals.

My surgery is now tentatively scheduled for March 30 and then when a bed is available at Princess Margaret, I will begin two rounds of chemotherapy in hopes of getting into remission to then prepare for a bone marrow transplant.

Until my surgery date, I will be on neupogen, an injection that helps my body with the production of white blood cells, that way I won’t be at a high risk for infection.

I am scared, but hopeful.

As I told my family when my thoughts calmed down, I fought this once, I’ll fight this again!