The unexpected Part One: Low counts and… 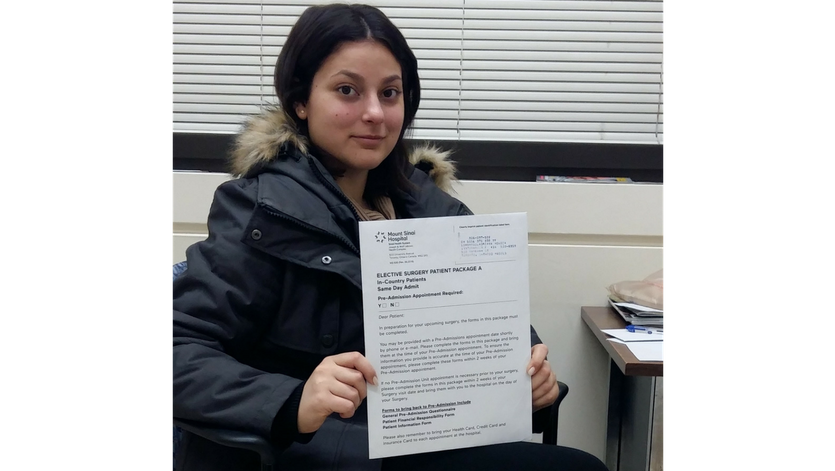 The unexpected Part One: Low counts and a cancelled hip replacement

On Wednesday March 15, I went to Mount Sinai Hospital for my pre-op visit – a few days before my expected hip replacement surgery.

After meeting with the surgeon, nurse, and the social worker, I felt confident with the care that I would be receiving during and after my surgery.

The nurse was going to draw blood work as standard pre-op work. My oncologist had asked me to have a full CBC done so he can see the results because at my family doctor’s, whom I had visited the week earlier, also drew my blood, but my oncologist mentioned that a blood count was low and to have it double checked.

My mom and I left that day with all of our questions answered and with a plan in place; that was to go purchase things that I would need for a smooth recovery.

After going home and telling my dad what was expected for surgery, we all were at ease and getting excited for the surgery as this was going to be my last hurdle before I could fully move forward.

The next day, my oncologist emailed me asking me to go into his clinic to have my blood rechecked because one of my blood counts was still low. He was concerned for surgery if it would be safe for me to proceed.

After drawing my blood and getting the results, a doctor who works alongside my primary doctor, came to sit down and talk to my mom and I.

He explained that with my neutrophils being too low it would be risky going into surgery and that my chances for infection would dramatically increase. This doctor explained that the reason behind this drop in my counts could mainly be from a reaction I was having to a medication I had been taking after chemotherapy to prevent pneumonia.

After consulting with my primary doctor, they both decided to cancel surgery for my safety until my counts would recover.

That was disheartening to hear because had my oncologist not seen my blood results, I could have gone into surgery and gotten an infection, and who knows how that would have gone.

A part of me was relieved to not have to go through that, but the other part of me was disappointed because I had mentally prepared myself and was ready to get it done and finally live pain free again.

To rule anything else out, they also performed a bone marrow aspiration just so we would all have peace of mind.

Before we left his clinic that day, my oncologist came back in the room very confident and told me that my iron was quite low as well, which is also an indication to a subtle reaction that my body was having to the medication. He prescribed me iron supplements and told us to come back in a week’s time to see where my blood counts were then.

As both doctors left us with the impression that they were both confident that it could not be a potential relapse, we were more at ease and it was just a matter of waiting for the bone marrow aspiration results.