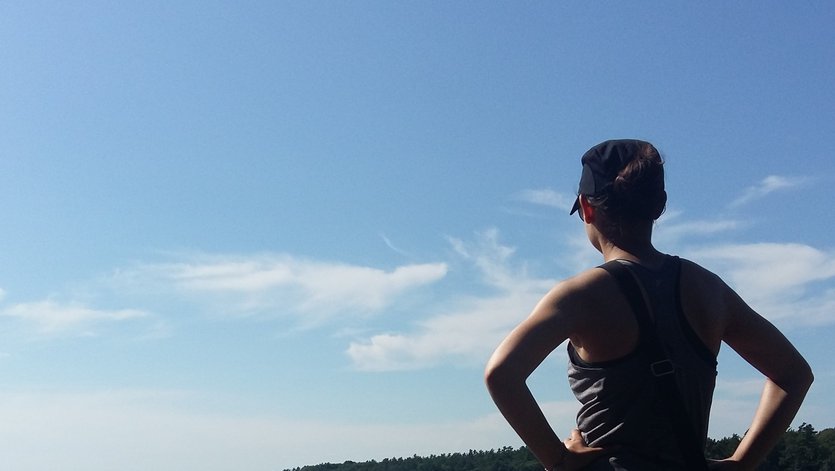 There are days I feel guilty.

I feel as though now that my cancer journey should be behind me and I should be happy and moving forward, I can’t just yet. There is still a lot of healing to do – mentally AND emotionally.

And believe it or not, I once got a, “What do you even do all day?” – and that was during treatment.

I know that people ask, and never in a malicious way, because they feel helpful or encouraging, but because I like to please people, I feel as though I need to give them an answer that they want to hear.

After finishing treatment, I started seeing a psychologist because I was feeling nervous about no longer going for treatment and trying to find ways to move forward.

Speaking out loud about how I felt – anxieties, worries, and concerns -  really helped me in ways that I can’t explain.

Things were made clearer to me and why it is that I feel the way that I do.

I explained to her that I feel guilty for taking this time for myself and that I feel that I need to get back into some routine or “normalcy” and prove to people that I am alright. I told her that I should’ve taken “time for myself” during the two years of treatment and now I should be getting on with life.

After she understood how bad I felt about myself and guilty for making more me-time, she made me look at it from different perspective. She had me describe to her the “old me.”

Pre-Cancer Adriana would always have a full schedule from Monday to Sunday – between school, work, and somewhat of a social life, she had no time to sit down and just be still in silence.

She always said “Yes” to any requests given and would even miss out on family time because she tried to juggle it all.

She never wanted to let people down. She enjoyed being there for others and helping in ways that she found feasible, but she never felt as if she did enough.

There could always be more.

“You’re a people-pleaser,” she said. “You lived a life for others and you made yourself readily available to help others when they needed it. There’s nothing wrong with that, but, eventually you do burn out. You were never able to find a balance. But, you have gone through a life-changing experience compared to most people your age. During treatment, it wasn’t exactly YOU choosing to kick-it back and put your feet up. You had to. You have that choice now to really heal.”

I sat there and tried to process that.

She was right…to a certain extent.

I did always make myself available to others, but I guess as I thought about it some more, I could’ve been more realistic with tasks I was taking on and that would’ve helped me have some balance in my life.

But I do have a choice to heal. 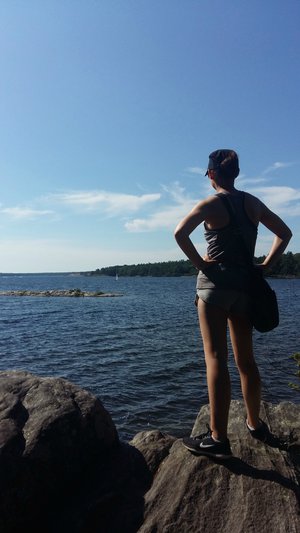 Do I take it now and go back into the real world once I’m fully ready or do I push myself now and regret it later?

What I do know is that I don’t want to take one step forward and one-thousand steps back just because I do what society tells me I should be doing at this point in my life.

I don’t regret the way that I was pre-cancer because it helped me to learn who I don’t want to be as I figure out who it is that I want to be in the years to come.

My psychologist said it best when she told me that it’s time to “replant my garden.”

She means that I’m starting from scratch.

I let that sink in and found that I have an advantage right now: I get to decide who I want to be and when I want to take action on that.

I’m learning to live a life for ME and there’s nothing wrong with that.

I’ve learned to accept that I’m not living the same life as an average twenty-year old. I never will.

I accepted that I went through something completely out of my control and that it was life-altering so my timeline is going to be a lot different than most.

I know that as I work on bettering myself, mentally and emotionally, the rest will fall into place.

The biggest question I always find myself asking myself is, “What’s next?” and the answer to that will come in time.