How I Overcame Cancer Fatigue 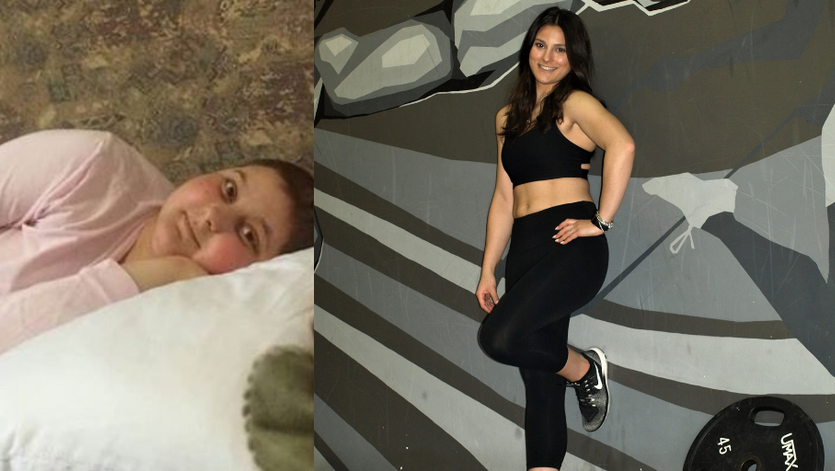 How I Overcame Cancer Fatigue

During my two and a half years of weekly chemotherapy, I had no energy. Like I’m sure many of you can relate, getting out of bed was a struggle; the idea of getting dressed made my head hurt. I forced myself to get up, get washed and dressed and move my body to the couch. I could not face the fact that my body needed so much rest. It was so frustrating that my body just wanted to stay in bed all day. I knew the least I could do was move to another part of the house. Although I had been an active person before my diagnosis, the possibility of anything remotely close to exercise felt so far away from me at the time.

I started slow. I began going for walks, telling myself the fresh air would feel good against my skin – even if just for a bit. The first thing I noticed as I increased the duration and distance of my walks, was that I was able to sleep better. Once I started sleeping better, I could feel myself gaining little by little more  energy to want to get out of bed. Then I noticed that it was less of a struggle to help myself get in and out of the shower - no longer the 8-step process that it once was. These changes were minuscule, but huge to my quality of life. That was when I realized that maybe the possibility of exercise wasn’t as far away as I had felt just weeks before.

When I discovered Wellspring through Princess Margaret Cancer Center, I was halfway through treatment. I was told they had an exercise program with registered kinesiologists and personal trainers to assist in creating a well-suited program based on my treatment and how I was feeling. I was eager to start because I missed that feeling of finishing a workout. I missed the independence that came with it. Once I was set up, I was attending twice a week and continued light exercises at home given my prescribed program. This is where I found my love for exercise again.

I found myself exercising – but more importantly wanting to­ exercise. I set up a few things in my home that I would need to make it easier for me: light dumbbell weights, light resistance bands, a yoga mat I discovered at the dollar store – it didn’t cost me much to put this together. Creating this little set up made gave me a feeling of control and made me even more excited. I didn’t put pressure on myself to workout. I exercised when I felt that I could and found it in me to want to do it. It made it way more enjoyable! Each little action felt like a celebration of what my body could do, after where it had been.

With a little bit of exercise, my resting heart rate decreased and breaking a sweat was releasing all those endorphins I had been missing – I felt happy again! I truly believe that the little bit of exercise I had introduced during treatment (those short walks down the street), made my post-treatment transition a little bit easier.  I was finally beginning to feel like me again. I felt strong. I felt independent because I was doing something for me. I felt that I was taking back the control that I once had prior to treatment, especially when it came to my energy.

I wrote this blog to tell you that if it feels impossible right now, that’s okay – it did for me too. Hopefully my story will reassure you that it’s not as far away as you might think.