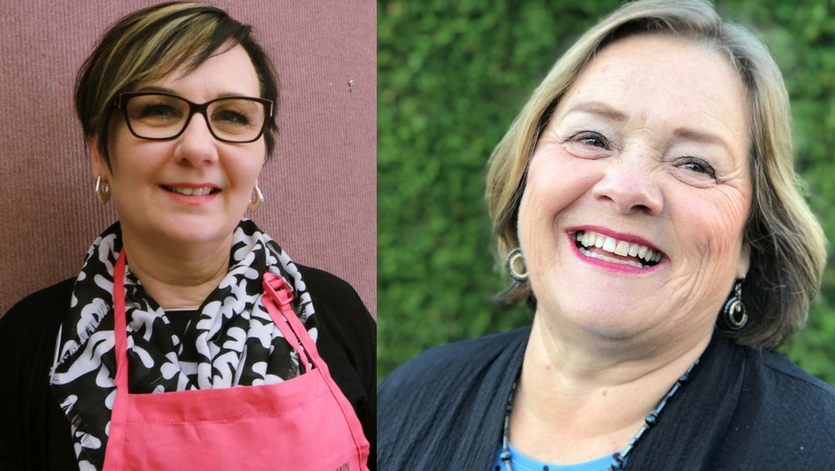 Heritage Heroes: Passionate B.C. volunteers who go above and beyond Q. What made you become a volunteer with Look Good Feel Better 23 years ago?

My doctor found the lump at a routine check-up and for about three months doctors believed it was cancer and there was a possibility that I was going to lose my breast.

I turned out to be one of the lucky ones, though – when I woke up from surgery, I was told the tumour was benign and that it wasn’t cancer after all.

It was quite an experience – I have four children and I can remember that fear. It was a very frightening time.

So when I heard about Look Good Feel Better through the Mary Kay community that’s what drove me to it. I’ve been touched by cancer – but very lightly. I wanted to be there, so I could help other women who aren’t as fortunate as I was.

Since then, I can’t even tell you how many friends have been diagnosed with cancer, so I continue to do it for them.

I want to help these women feel at ease, not only by delivering the workshop, but by listening to them. I can’t even imagine what it’s like when it goes beyond what I went through. So that keeps me going.

I started volunteering in 1994 in London, Ontario, where I underwent my own surgery. Then I moved to British Columbia in 1995 and became a volunteer in Surrey. I became a Team Leader in 1996 and then a Volunteer Regional Coordinator for Fraser Valley and Abbotsford in 2008. In this role I helped recruit and train volunteers, educate oncology staff about the program and helped bring the workshop to Abbotsford Regional Hospital and Cancer Centre, where I remain as a volunteer today.

Q. What is your fondest workshop memory?

A woman who had her IV with her because she was staying at the hospital came into the workshop and I could just tell she was about to burst into tears, so I went up to her to say hello and see how she was doing.

She told me she wanted to leave, so I told her, “You don’t have to stay, but I would love it if you did, because I know that at the end of the class you’re going to feel a lot better than you do right now.”

So she sat down for the class, she didn’t want a lot of attention, but by the end of it, she came up and said, “Your were absolutely right – it was the right thing for me, I can’t thank you enough. Everything I learned today, I’m just going to move forward with it.”

Two weeks later I received a beautiful card from her, saying how much she enjoyed the workshop and how nice everyone was to her. I still have that card today. Q. What made you become a Look Good Feel Better volunteer?

Just hearing so much about it at Mary Kay events and how it’s specifically for women and it fits in my wheelhouse of what I do – I love teaching women how to look and feel their best.

I signed up to become a volunteer in 2014 and I’ve been absolutely loving every minute of it.

I don’t have anyone close to me experiencing cancer, I just wanted to do something to give back. I enjoy what the program does for women: Some women come in very quiet and shy and don’t want to say anything or commit to anything, and by the end of it, it all turns out the same – they’re talking and laughing. It’s neat to see them form friendships, exchanging phone numbers – some are very animated, you almost have to interrupt them to carry on with the program!

It’s really important for all of us to give back or pay it forward – you never know how it will affect you at some point in your future.”

I honestly just really enjoy it. When you help others feel better, you walk away feeling better yourself.

Q. What is your fondest workshop memory?

There’s a number of them, but there’s one that really stands out in my mind. It was a Tuesday night and one girl came in, she must have been in her early 20s, or late teens and she just looked like she really didn’t want to be there. She was very quiet and didn’t meet anyone’s eye.

She started to open up about halfway through the workshop, she got a little bit more animated and as we got to the hair portion of the class she was even more so. It was at the end of the workshop that she shared with all of us that her long beautiful hair had just fallen out that weekend – it came out in huge clumps.

She told us how grateful she was to be around these women and how everyone embraced her so wonderfully and helped her through this loss. That really meant a lot to me.

I think a lot of times women come in feeling like they’re alone, but the workshop really opens up that dialogue, so that they see other women are going through the same thing.

It’s so rewarding to be able to witness that at each workshop.