Grit & Grace: Another year of 'Just one… 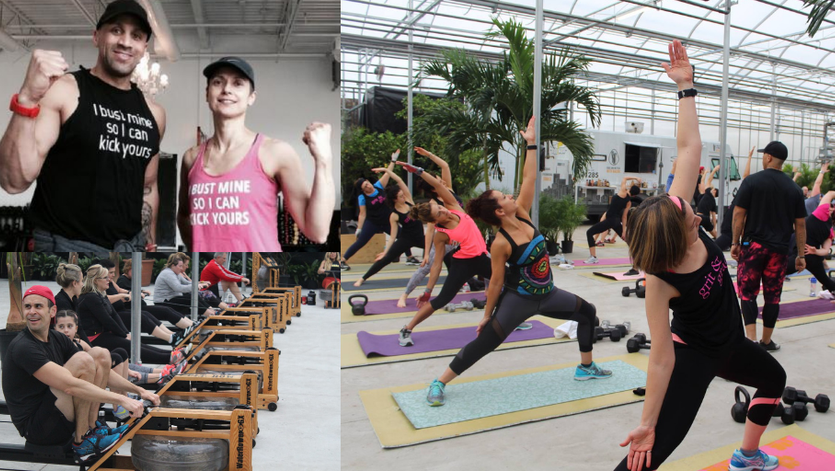 Grit & Grace: Another year of 'Just one more rep' for women with cancer

“Laura was strong willed physically and mentally – probably one of the strongest people I’ve ever known,” said Tali Amar, who became friends with Laura after they met in a boxing class nearly 10 years ago.

Before her 2014 diagnosis, Laura completed three triathlons. During two years of treatment the mother of three not only continued her workouts at the gym, but also dedicated herself to logging 1 million meters on her rowing machine.

“I want to say she probably got pretty close to that,” said Amar.

To celebrate her 50th birthday in January 2017, Amar, along with Laura’s family and friends, organized a small fundraiser at the fitness studio and donated about $400 to a cancer-related charity.

The following year, the team of family and friends set an even more ambitious goal. In the unique setting of Markham's Valleyview Gardens, nearly 150 people gathered to work up a sweat and make an impact.

"The fundraiser is driven by the same resolve that Laura ememplified; set a goal, push yourself further, perservere," said the Garofalo family.

This year's event will include both a morning of Grit, six back-to-back fitness classes from rowing to bootcamps, circuits, strength training, yoga and stretch, as well as an evening of Grace, where guests will enjopy relaxing, wining and dining – all under the palm trees at the greenhouse.

This family decided the event would benefit Look Good Feel Better because it was a cause they believed Laura would relate to.

“Hair was a big deal for Laura … she was known for her curly bob,” Amar said. “That was something that she really struggled with – that she was going to lose her hair – so we decided to help Look Good Feel Better because it helps women with hair loss and other side effects from treatment.”

Amar will kick off the event Saturday at 7 a.m. with a rowing class – something she became certified to teach because it was a longtime goal of Laura’s – followed by back-to-back sessions until 1:30 p.m (click here to see the Grit & Grace class schedule).

To register for any of the Grit & Grace classes, click here.