'My safe place:' Cancer at work 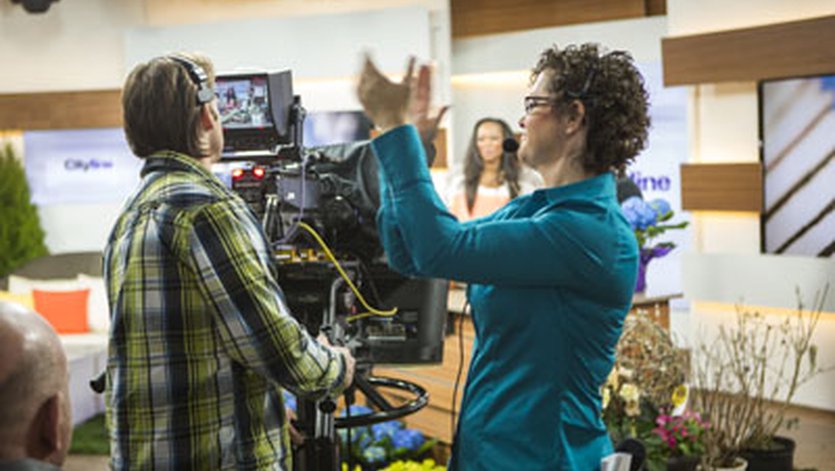 'My safe place:' Cancer at work

Nothing was working out the way it was supposed to. JC Chessell, the floor director for City’s daytime program, Cityline, was looking forward to a tropical vacation—the kind that comes complete with itsy bitsy bikinis, sandy beaches and fruity drinks. Instead, she found herself in a hospital gown, in a sterile examination room, sucking on ice chips.

She’d found the lump in her breast while showering. “I jumped out and ran around the house looking for something I could use to measure it,” Chessell remembers. “There was water dripping everywhere. I finally found a lid to a vitamin bottle that surrounded the lump perfectly. I carried that damn bottle cap around with me for months.” 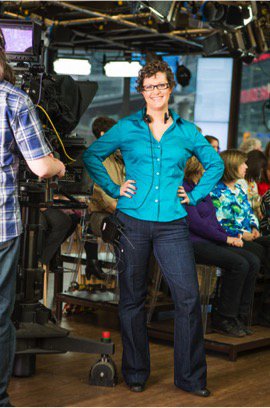 Things moved quickly after that—ultrasounds, biopsies …“I remember being in the surgeon’s office and stealing a look at his clipboard,” says Chessell. “Written across the top it said, ‘Immediate chemo!’” After chemotherapy would come radiation and, eventually, surgery.

Within days, Chessell, then 33 years old, began an aggressive drug regimen. That’s how she found herself sitting in a chemo chair with intravenous pharmaceuticals—and not fruity drinks—flooding her system.

Everything in Chessell’s life was upside down. Nothing was as it was supposed to be. Except her work. For eight hours every day that she wasn’t in treatment, she could act as if nothing was wrong, as if life as she knew it hadn’t abruptly ended. “Work was my safe place,” she says, “the place where I didn’t have to be the centre of attention, where I didn’t have to be the sick one, where I could feel normal for a change.”

She’s not alone. For many people with cancer “ordinary” is precisely what work provides—an oasis of normalcy in what has become a supremely abnormal world. “Most people with cancer don’t want to be defined by their illness,” says Sue Cooperstock, a Toronto-based RSW social worker / psychotherapist who, in her private practice, works with people with cancer and their families. “And that’s what we tend to do, we define someone as a ‘cancer patient’.”

For many with cancer, the regularity of work is welcome relief. That’s a somewhat counter-intuitive notion for worried co-workers whose first (well–intended) instinct is to offer condolences, protection or sympathy. In fact, the worst thing a co-worker can do, according to Chessell, is to tell a colleague with cancer that you know how they feel (you don’t) or to search for “the right thing to say” (there are no magic words).

So what should you do? Ask. That’s the best advice of Candy Signorini, who, as a senior director at City, worked closely with Chessell throughout her diagnosis and treatment. “Everyone is differ¬ent,” she says. “I told JC to let me know what she needed from me, because I wasn’t sure what to do for her. She made it clear that she wanted work to be as normal as possible so I didn’t change anything about our day-to-day dealings. I wouldn’t bring anything up unless she did first.”

Listening wasn’t all Chessell’s co-workers did; they also rallied, picking up the slack when required, doubling up on duties to accommodate treatments and appointments. “We didn’t want her to worry about anything, so we just did what we had to do,” says Signorini. 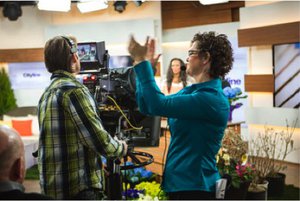 That kind of selflessness, though, can come at a price. Cancer doesn’t just change the life of the person diagnosed; it also changes the lives of those who surround her. “I’d be lying if I said there weren’t tears on my end,” admits Cityline host Tracy Moore. “What breaks me down is thinking of what she’s going through when she’s not at work, thinking about how her parents feel and what’s going through their heads. I’ve seen JC go through the range of emotions: sadness, anger, joy and numbness. But the thing that stands out in my mind about her journey is bravery.”

In fact, co-workers must be brave at times, too. They are foremost among those affected. “Think about it,” says Cooperstock, “a co-worker is someone who spends eight hours a day with the person affected by cancer. Often the relationship stretches back for years and years.” Colleagues share a closeness that’s both emotional and physical. Cooperstock calls co-workers the “disenfranchised sufferers”—despite the fact that the person with cancer spends more waking hours with a co-worker than anyone else, these supporters are considered “just” co-workers and not entitled to the same sympathy that a loved one or family member might be. “Co-workers aren’t expected to have the same complex emotions that a caregiver does,” Cooperstock says.

But they often do. And frequently those complex emotions remain bottled up, suppressed in an effort to support the patient. “The co-workers can’t expect the person with cancer to attend to their needs—the needs of the patient come first—so they often feel they have no one to turn to,” says Cooperstock. “And because co-workers are obliged to be at work every day, and often work in close proximity, they sometimes feel they have nowhere to run and nowhere to hide. They can’t escape their own feelings.”

Those feelings can range from shock and sadness to fear and even anger. Just as the patient moves through emotional stages, so, too, does the colleague. “When JC told me she had cancer, I stopped dead in my tracks,” remembers Signorini. “I just couldn’t take it in. I was in shock and denial.”

Signorini isn’t alone. The early stages of diagnosis and treatment are frequently characterized by a stunned disbelief that gives way to feelings of panic (“What if this happens to me?”), guilt (“Why her and not me?”) and, sometimes, even aloof disengagement (“I can’t watch her fail.”)

It’s almost impossible not to be affected. But that influence can be a positive one. “JC’s cancer taught me something,” says Signorini. “If it can happen to her, it can happen to anyone. Life turns on a dime.” Shortly after Chessell’s treatment ended, Signorini booked a trip—one she had been debating for a long time. The debate was over.

Diagnosed with breast cancer at 33, my world changed in an instant. My Affected Side is a ride-along of my journey through treatment and beyond. You’ll hear from family, friends and colleagues, because cancer treatment isn’t a one-man-show. Hard times, treatments that made me wonder if it was all worth it and life-altering decisions that I was not equipped to make. My diagnosis signaled the first day of the rest of my life. A life I fought for, a future I now cherish. Welcome to my journey.