Motherhood, Cancer, and Finding a Commu… 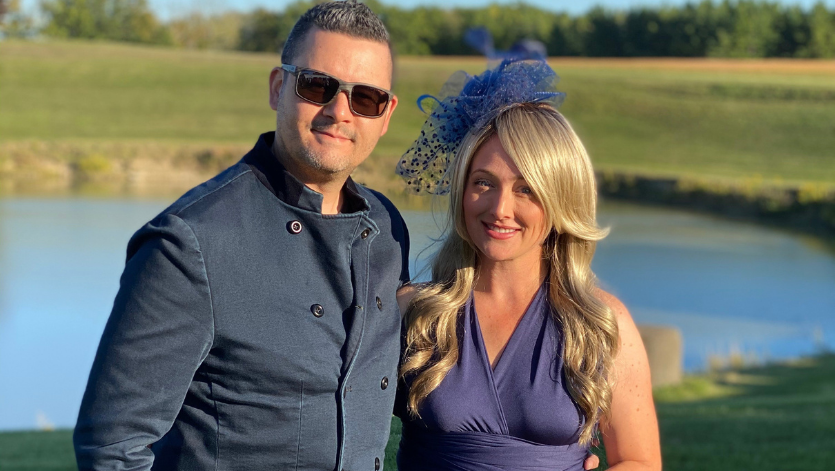 Motherhood, Cancer, and Finding a Community Through it All

Becoming a parent can be one of the most life-changing times in a person’s life.  This holds true for Ember in more ways than one. Shortly after giving birth to her son, she noticed an unusual bump on her breast. Initially thinking that it was a block caused from breast feeding, Ember did not think much of it. After consulting with her general practitioner during her son’s six month check up, Ember went in for tests and would later be diagnosed with triple negative metastatic breast cancer.

“They did a mammogram right after my 40th birthday. The doctor quickly reviewed the file and immediately recommended a biopsy to be done. The tone quickly changed and that is when I realized what was happening. The whole world seemed to stop,” says Ember of the moment she realized she was facing cancer. Like many women who are diagnosed with cancer, Ember notes that it felt as if the impossible happened to her. She says, “we didn’t have any friends who had gone through it, we were a bit oblivious to what would happen.” Understanding the importance of connection and community at this time, Ember and her husband started to reach out to their family and friends for advice. Like a warm blanket on a cold night: friends, family and even friends of friends rallied around the young family.

“You have that hour appointment with your oncologist but being able to connect with others is also helpful. I got such great advice, from getting ice chips to help with mouth sores to using cold caps to stop my hair from falling out as much,” says Ember. Of the many people who had reached out to help Ember was a friend who recommended she attend a Look Good Feel Better workshop. Ember’s concern for loosing her eyebrow hairs and changing, dry, skin prompted her to attend.

“Having a baby and going through chemotherapy, I wasn’t able to connect with a lot of women. I felt very isolated in my cancer journey, so I thought attending a Look Good Feel Better workshop would be a good way to meet other people who had a similar experience to me,” says Ember. Not only did she learned how to draw on her eyebrows and take care of her now sensitive skin, she also ended up making a new friend at the workshop.

It turned out that the woman seated next to her was recently diagnosed with triple negative breast cancer, same as she had been just months earlier. As Ember was at the tail end of her treatment, she was able to pass on all the invaluable information she had gained from her community. “We’re friends and keep in touch to this day. I was able to give her what my friends had given me, I became the person to give her reassurance. It was a full circle moment to be give back support that had helped me in my journey,” says Ember.

Recently, Ember attended a close friend’s small, socially distanced wedding. It was here when she paused to look back at all that she gone through. “Someone took a picture of me and my husband, and it looks like I hadn’t gotten through 8 months of fighting for my life. It is the magic of looking at yourself and saying, ‘I’m going to be okay’, says Ember. “You can loose so much of yourself to cancer and treatment. When you look at yourself and you can have a glimpse of yourself before you had cancer, you get that sense of normalcy. To look good into public and not look ‘sick’ makes you feel better psychologically. Look Good Feel Better workshops really helped and are great tools.”