'You can do this. You are stronger than… 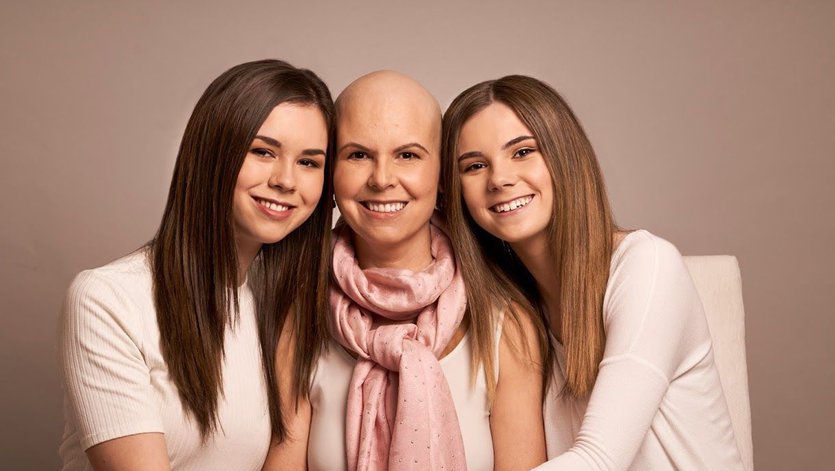 'You can do this. You are stronger than you think': A letter to my before breast cancer self

Dear Before Breast Cancer Self,

You knew something was amiss, didn’t you? You were used to being called back for ultrasounds and mammograms that had shown something questionable. Mild panic followed by relief time and again. “It’s just a cyst” they would conclude. Your breasts cried wolf so many times it was hard to believe them when something was really going wrong. I’m glad you pushed for answers. Better late than never, right?

You’ve been diagnosed with breast cancer.  Deep breath. Your future self is typing this, having a coffee, and planning on going to yoga and then work later. You made it! I thought I’d give you that spoiler alert to ease the biggest worry of your life.

I know you have a lot of questions. You’ve been given the plan by your oncologist and nurse which includes eight rounds of chemotherapy, a mastectomy, and 25 rounds of radiation. That’s a normal course of action. Many women have surgery first, but your tennis ball-sized tumour is just too darn big. Chemotherapy will help to shrink it, so you’ll do that first. 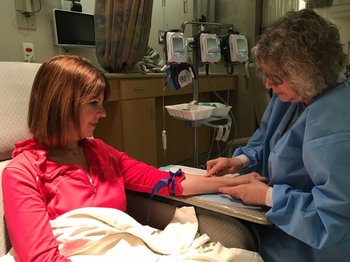 Chemo is bad, but the good news is, it’s not as bad as you have always imagined. You will only feel really crappy for about three days every two weeks. You can handle it.  You won’t throw up like they do in the movies. That’s because you will be put on some heavy-duty drugs to prevent that from happening. Your doctor wants this to go as smoothly as possible for you, so if you have any side effects, he’ll give you something to alleviate them. The list of side effects is long and varied and changes for every chemo treatment, which is weird. Again, you can handle it.

You will shave your head before you lose your hair. This was a smart move. It’s easier to have short hair fall out than long hair. It starts to happen just after your second chemo infusion. Little by little until you are completely bald. I’m not going to lie. This part of the process isn’t great for you, but you don’t look as bad as you think you do. You will wear wigs and scarves and hats, and you will be fine with it most days. Some days you’ll just cry and that’s OK too. You can’t be strong and positive every minute.

One thing you won’t know is that chemotherapy puts you into early menopause and there’s no turning back. Get ready for the hot flashes. This will seem inconsequential after cancer treatment but it’s still an annoyance that you could have lived without for a few years.

Before I tell you what you need to know about surgery, I’m going to tell you something great. The support and love you will receive during all of this will be unlike anything you’ve ever experienced. You made the move to go public with your diagnosis and you don’t ever regret it. This is a weird analogy but bear with me. It’s almost like being at your own funeral. People think you might die so they tell you how they really feel about you. Because you’re not working, you get to spend a lot of time with the people you love the most. And it goes both ways. You tell people how you feel about them as well. There’s a lot of warm and fuzzies that happen. In this crazy, busy world, these moments are priceless. 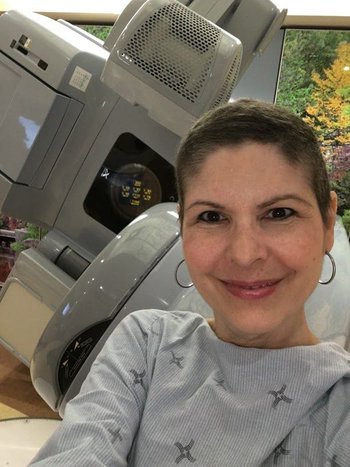 Back to the surgery part. Oh boy! You have a lot of time to think about this before it happens which is good and bad. You decide that you want a double mastectomy and you don’t want reconstructive surgery. You still stand by these decisions a year and a half later. You make these decisions based on the aggressiveness of your cancer. You don’t have a lot of say in all of this, but you feel you can mitigate some risks by taking these actions. Your doctors will not always agree with your choices. They will come around so keep pushing for what you want.

The surgery is not hugely painful, and you will be out of the hospital the next day. After a day or two, Tylenol will be the only pain medication you need. Hurray! The drains that hang from your body will be around for a few weeks and you won’t love it. It’s all part of the process. You will be OK.

The mental part is more of a challenge. You will struggle with this. A lot. It doesn’t help that “Shape of You” is playing on the radio every half hour. Eventually, it gets easier. Just imagine your 11-year-old self and that’s you again. Everything looks perfectly normal with the help of prosthetics or knitted knockers. You’ll never have to worry about gravity, so there’s that. At night you put your hand on your chest and can feel your heart beat like never before. It’s a reminder that you’re still alive. Try to embrace that.

Your hair starts growing back as soon as you finish chemo, but it is way slower than you’d like. You’re growing it from scratch don’t forget. As I write this to you, your hair is thick and has grown into a short bob. You look like you again and it makes you happy. What can I say? We are vain when it comes to our hair. Be patient. Time still flies even when you’re not having fun and your hair will make its return.

You have about eight weeks to recover from surgery before its time for radiation. This is by far the least arduous of the big three breast cancer treatments, but it’s not a picnic. It’s amazing what you’ve been through up to this point so your sense of what is difficult has changed drastically. You will get your first tattoos because of radiation. They have to put a couple of tiny tattoos on your chest, so they know exactly where to aim those beams. They look like every other freckle on your body, so you don’t really notice them at all.

You will lie on a table while the techs adjust your positioning. They all leave the room as you get radiated while music plays over your head. It’s neither time consuming or painful but you will have a hard time with it emotionally. You feel a bit like a piece of meat lying on that table with your scars and chest exposed like that. Everyone was kind and thoughtful, so it wasn’t intentional. Most people don’t struggle with radiation, but you 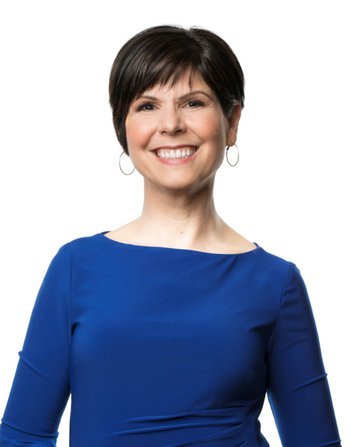 will. You will eventually get a nasty sunburn as a result but, like everything else, it will heal, too. You have to make the trip to the hospital five days a week for five weeks, so when it’s all over, there will be a real sense of relief.

That’s all the big stuff. You will make a visit to the chemo suite every three weeks for a year for Herceptin infusions. This is a miracle drug and nothing that you have to worry too much about. You will get familiar with needles, MRIs, Bone Scans, Ultrasounds and Xrays. There will be two minor surgeries on top of the big surgery which you don’t even bat an eye at.

You can do this. You are stronger than you think. This will change your life forever, but you will find purpose in it. Don’t be afraid.