What makes a good chemo buddy? 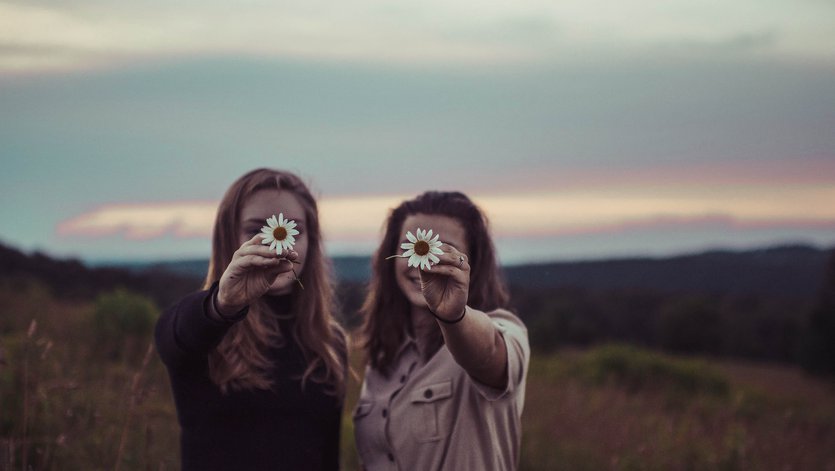 What makes a good chemo buddy?

One thing you need during chemo is a buddy. Your chemo buddy is someone who will not only drive you to the hospital, but will provide snacks, laughs and sometimes silence….A very important role.

If you are ever in the market for a chemo buddy, here are some tips you may want to keep in mind:

1. Just being a driver isn’t enough. Your chemo buddy needs to be able to handle being in the hospital surrounded by sick people. Sounds easy, but can be tricky for many people. Wanting to support your friend or loved one is a lot easier in theory than the reality of the process. Cancer treatment doesn’t look the same for everyone, and there are different levels of sick when you’re in the chemo ward. Each patient is different, as well as each person’s treatment.

2. Stress. Everyone deals with stress in their own way. Some get quiet, some get angry, and others get loud and obnoxious. The chairs in the chemo ward are very close to one another, with very little personal space and opportunity for quiet. That means that everyone can hear your conversations and comments. So you want your chemo buddy to be nice to and respect our nurses and doctors. We as patients are very protective of the people working to save our lives.

3. Needle-phobic? Needles are a huge part of chemo for many of the patients. No matter how “fine” you are with needles, it can be upsetting to see your loved one getting an IV. And word to the wise, they don’t always get it in the first try. A nurse can try 3 times before another takes his/her place and tries. I once sat with 5 “tries" before the IV actually worked. This can happen when you have not been hydrating enough or even as chemo progresses and your veins get tired.  The flip side of this is a port, and a whole other set of issues.

4. Silence can be golden. A chemo buddy doesn’t always have to entertain to be effective. Sometimes just sitting in silence is what you need. No one can distract you from the fact that you’re in treatment, and that’s not necessarily what is needed. Just being there, showing you care and want to help in any way is perfect.

5. Try not to notice. Here’s the deal. You’re pumping your body full of liquids….that means bathroom breaks are frequent and absolutely necessary. If you do the math on the number of people using those washrooms, you will feel like you’re living in a frat house. It’s important to find a restroom in the hospital that is close by, but not as busy as the ones directly in the chemo ward. Yes, you are absolutely mobile with your IV. It’s not at all unusual to see patients roaming the halls with their IV stands.

6. The sights and sounds. Chemo sounds like a video game. Lots of beeps from the chemo pump and alarms as the bags run out. I watched a movie once and the patient slept through her treatments…..I never saw that happen in reality. There are too many people talking, too many alarms going off and TVs that are forever blaring nonsense to make that possible.

7. Boredom is catching. Some chemo treatments last 2 hours and some last many more. The first half of my chemo lasted 6 hrs and the second half more like 4. Either way, it’s a long time commitment for your buddy to make. They’ll want to go for walks, grab a coffee while your IV is going in or run out to grab lunch for you both. I imagine it’s not easy to sit and watch nothing for 4 or 6 hours…. Chemo really does look like nothing is happening.

Being the patient is far easier in many respects.  While the needles hurt, the effects of the meds are not pleasant, at least you FEEL something happening. You’re working toward something: the rest of your life. And any price is worth paying for the hope of a future.

A very good friend of mine Suzanne really stepped up to the plate and was a great Chemo Buddy. Other than my family, she was the only person who attended a chemo session. yep, she's special to me.

I first met JC a little over five years ago, when I started working at Cityline. I was nervous, but JC immediately put me at ease with one of her wisecracks (she’s hilarious). We hit it off, and I came to realize what a true blue person she is. The type of person who will stand by your side in a crisis, be a rock for you, and make you laugh when you need it the most. Friends like that are ones you treasure. When she told me her diagnosis in the green room at City, my first feelings were a mix of shock, sadness, anger, and, mainly, helplessness. I’m a problem-solver, but this was a problem I couldn’t fix. What I could do was be with her through the process, and support her in any way she needed, including going with her to chemo.

At chemo, I met JC’s oncologist, a lovely woman with a terrific bedside manner, who provided the latest update and answered any questions JC had about where she was at in the process. Then we waited for a chair to become available in the chemo room. As JC noted above, chemo involves a lot of waiting. So as you can imagine, it’s nice when the patient doesn’t have to do all that waiting alone. There are only so many times you can flip through a three-year-old issue of Cosmo. One of the nurses helped set us up in the room, and put in the IV. Then, it’s a matter of sitting there as the drugs do their thing over the next 4-6 hours. I teased JC when her pupils began to dilate about all the nonsensical stuff she’d say when the drugs took effect. At times, we’d chat about work, travel (JC and I are both avid travellers), family...all sorts of stuff. She told me about some of the other patients going through chemo -- it’s inevitable that patients and their families become acquainted after spending so many weeks together in one room. Other times, we’d just sit quietly, or I’d watch TV as JC slept.

As JC mentions, don’t feel that as the chemo buddy you have to be ‘on’ all the time...doing card tricks and being the source of sparkling conversation throughout. Not necessary. As I learned, the important thing is being there...to chat, to pick up lunch, or just to sit with them as they’re sleeping.

Watching JC go through this process -- the fertility treatments, chemo, bone scans, the countless needles -- I was constantly in awe of how composed and determined she was. I’m sure she had her emotional moments, her moments of frustration and fatigue. But she rarely showed that outwardly. I suppose I shouldn’t have been surprised -- she’s the strongest person I know. Which is why I had zero doubt she’d beat cancer. Tough as the disease is, she’s tougher.

Diagnosed with breast cancer at 33, my world changed in an instant. My Affected Side is a ride-along of my journey through treatment and beyond. You’ll hear from family, friends and colleagues, because cancer treatment isn’t a one-man-show. Hard times, treatments that made me wonder if it was all worth it and life-altering decisions that I was not equipped to make. My diagnosis signaled the first day of the rest of my life. A life I fought for, a future I now cherish. Welcome to my journey.