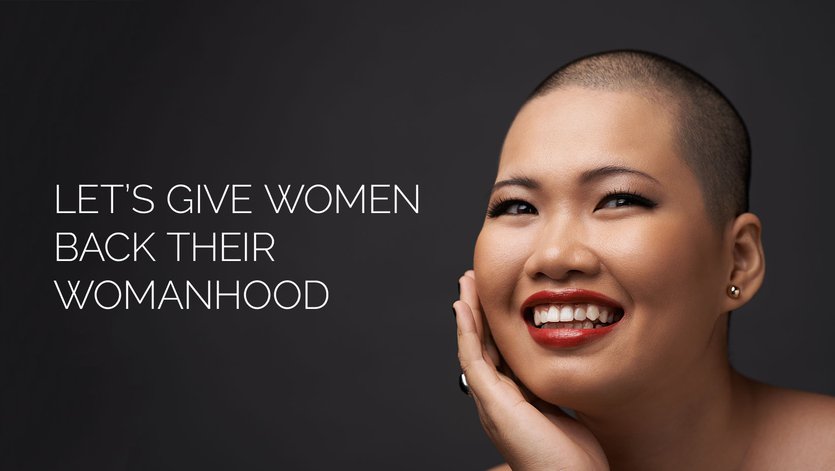 After 25 years in Canada, Look Good Feel Better has a new look and feel.

Since its inception, LGFB has welcomed more than 200,000 women into its workshops and talked a lot about helping them face the disease with confidence.

While these workshops continue to help women across the country, there’s a lot more to it.

“We hear from (women with cancer) all the time that they often just don’t feel like themselves anymore – there’s this feeling, a sense of a loss of identity,” said Karen Cinq Mars, Vice President Marketing and Development. “Suddenly you’re not just the mother, the yogi, the foodie, the business person – or however you were choosing to define yourself – you become ‘the cancer patient.’”

Cancer can take a lot from a woman: spirit, confidence, tenacity, relationships, familial role – even anatomy. Look Good Feel Better helps women and teens with cancer feel like themselves again. It gives women back their womanhood, however they choose to define it.

“We want to help women get back to who they were before treatment had its emotional and physical impacts,” Cinq Mars said. 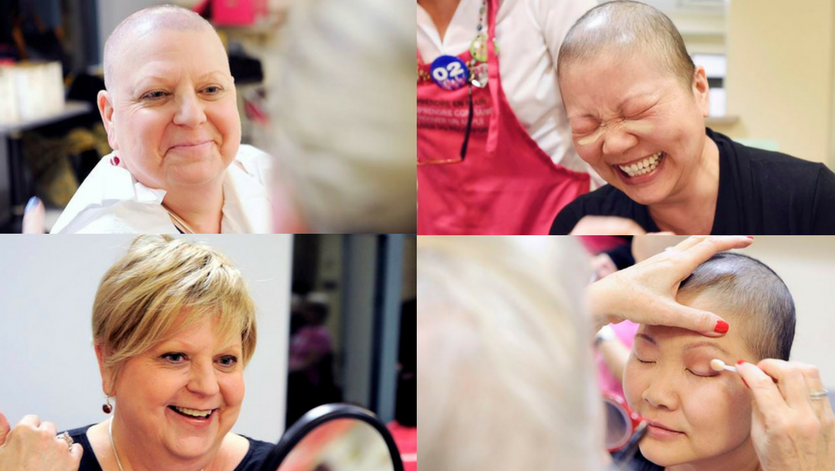 The rebrand is also a reflection of the charity’s 25th anniversary and a way to get more “at the heart of our impact,” said President and CEO, Dee Diaz.

“We deliver more than a two-hour complimentary workshop,” she said, recalling a session at Princess Margaret Hospital, where she witnessed a mother in tears because she felt she was finally looking at her 19-year-old daughter again.

“She saw her daughter and her daughter saw herself,” said Diaz. “It’s about who she always was and actually who she still is – but she just couldn’t see it.”

“The womanhood position really illuminates the core of what people feel when they walk out of that workshop. It’s never been about looking prettier, but rather looking like yourself – or whatever makes you feel confident.” It’s why Dr. Gary Rodin, head of psychosocial oncology and palliative care at Toronto’s University Health Network, recommends the program to his patients.

“It’s easy for us to forget how much of our identity is related to our physical appearance,” said Rodin, adding that hair loss and other appearance-related effects are often the most disturbing part of a cancer diagnosis.

He considers LGFB one aspect of psychosocial care offered at his clinic.

“It can have an enormous benefit on one’s sense of well-being,” he said. “It takes one thing off the table at a time when there are so many other fears that woman might be facing.”

In 2016 alone, 99,500 Canadian women were diagnosed with cancer and those numbers continue to rise.  Last year, LGFB served 10 per cent of those women. The charity wants to reach more, but community investment is urgently needed –only one per cent of its 2016 fundraising came from general public donations.

While LGFB is closely aligned with the beauty industry, its support mainly comes by way of product donation, which makes up nearly 70 per cent of overall fundraising. That leaves about 30 per cent from corporate and event fundraising to facilitate more than 1,000 workshops and nearly 1,500 volunteers across Canada.

“We can’t do this alone. We need the community, we need more donors to invest in us, so we can serve more women,” said Diaz. “It’s a no-brainer to fund research for treatment and cures, but in the meantime what do those women do? I don’t think people should stop living. Some women go beyond and live larger than life, but there’s always those women that retreat from their everyday because they don’t feel like themselves.”

“Let’s give them that gift to ensure they know they have access to the tools that will help them.”

Help give women back their womanhood by donating to Look Good Feel Better today.