My last treatment: Not my most beautifu… 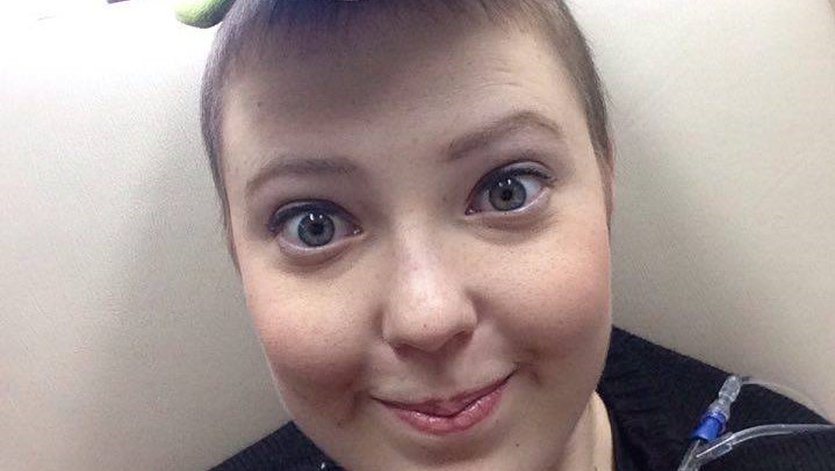 My last treatment: Not my most beautiful cancer memory If asked, “What was the most wonderful cancer memory of your life?” What would you answer?

As a cancer survivor, isn’t the happiest day of your life your last day of treatments?

For some it may very well be.

But it wasn’t for me.

In fact, that day was one of the worst cancer days for multiple reasons including my own guilt in regards to not being as happy as everyone else thought I should be.

To this day, I struggle with this experience.

However, I thought it was time to share my thoughts on the subject — just in case I could give one of you the peace of mind that you aren’t alone and that your thoughts are justified.

In many ways, cancer had become part my everyday life.

I had been forced, some seven or so months earlier, to leave a life that I was comfortable in, that I loved, that was of my choosing. And although I hadn’t chosen the cancer life I was living, I had grown to love the person that I was with cancer.

The chemotherapy, the medications, the breakdowns and the highs—they were now routine to me.

I quite clearly remember the feeling of absolute terror I felt as my oncology nurse removed my last chemotherapy IV — although I wasn’t going to miss the terrible taste it left in my mouth — and, as instructed by my oncologist, my PICC line.

The entire process felt so final. My “normal” would have to be altered drastically once again.

The bottom line, I lost, in the matter of hours, my identity.

I was forced, as of that last day of treatment to find a way to create for myself a new “normal” life, while I felt like everything and anything other than “normal.”

I spent most of the 6 months of biweekly chemotherapy sessions convinced that on December 24, 2015, I would walk out of the oncology ward a free woman.

Then, when this magical day came, I was faced with the exact opposite. I would walk out of the oncology ward with a completely new set of cancer burdens.

Most of these, I seemed to have been the only one to acquire them.

I felt, on that day, as we prepared for the Holidays, that for everyone else in the world, this iconic day signified the end of cancer.

For me, it seemed to be the beginning of a lot of frustrations and isolation.

Cancer would become an invisible force in my life.

This invisible force was both physical—I would not be able to physically live up to my standards of health until much later that year — and psychologically — I would struggle with the mental strains and the new “you are normal” changes (such as having hair again).

I would attempt many times after that day to put a definite end to my cancer. To create a day in my life when I felt my happiest because cancer was clearly over.

There would be my two-week post chemotherapy session mark, my move to Ottawa, my remission status, etc.

Needless to say, I now understand that such a day only exists in utopian fantasies.

But that’s okay with me.

When I stopped wanting my last day of treatment to be the most beautiful memory in my cancer life and blocked out everyone’s need for me to consider this day as magical, I was able to concentrate on the real moments that made my cancer wonderful.

I have realized that there are so many of these memories that bring me so much joy instead of so much anxiety, that I must concentrate on the former.

My most beautiful cancer memories — the few hours of quality time spent with my parents during chemotherapy each two weeks, the day I met the most inspiring cancer survivor, the day I had my first university class during cancer, my new stubbornness in regards to living life to the fullest, feeling beautiful and alive.

These, and so many more similar memories, make me smile.

They are the memories worth considering.

I am a young adult cancer thriver and have been for 2+ years in the various stages of cancer life. As I always say to cancer: "You gave me a reason." It is my message of positivity and undeniable strength of cancer survivors that I hope to share with you.