My Cancer Journey: Learning to Look at … 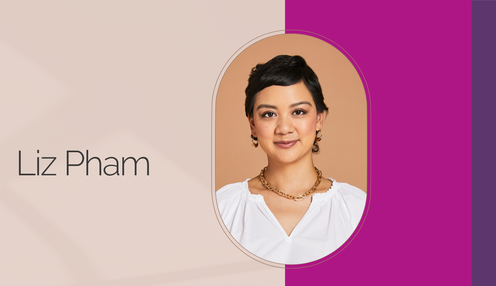 My Cancer Journey: Learning to Look at Myself with Kinder Eyes

I went through a lot of emotions during my journey with lymphoma. There was anger, self-pity, denial, anxiety, and depression. These feelings didn’t reflect the way I would normally describe myself. I almost felt guilty to feel them sometimes, because that’s not how I am, or not how I want to be perceived.

My cancer diagnosis in January 2021 hit me hard. After a series of tests and biopsies, the diagnosis was confirmed: stage 4 lymphoma with features of Hodgkin’s and non-Hodgkin’s. I was completely shocked. I started chemotherapy in March. I had to go in all alone as it was during the pandemic, but I found this to be quite empowering. I had an “I can do this” mindset and I felt independent and strong, even though the side effects were really intense. I remember vomiting every hour at night, feeling so lethargic, and having a lot of muscle aches.

I also lost my hair, which was incredibly difficult. I grew up with long hair. I’ve known how to French braid since kindergarten, and my hair has always been such a strong reflection of my identity. Knowing it was going to happen wasn’t enough to help me cope with it when it did happen. And it happened so quickly. My sister shaved my head for me. We both cried a lot. By the end of July, my doctors told me that it looked like I was in remission. I had responded well to the treatment. Unfortunately, in August I got very bad news: the cancer had come back, it had metastasized, and it was deemed aggressive. I was devastated. I had thought that cancer was behind me, and I had given everything I had to fight it. Now I had to keep fighting.

My next treatment plan was a more intensive regimen of chemo, and then, if that worked, a stem cell transplant. Each had only a 50% chance of working. Because this round of chemo was more intense, the side effects were amplified. My body completely weakened. And it was very difficult mentally, too, because this time around I just didn’t have all the fight and all the optimism and motivation I’d had the first time. Fortunately, I made it through and the treatment was successful.

I leaned on my loved ones to help me get through it – my family, my friends, and my partner David. The Look Good Feel Better (LGFB) workshops were also a great source of support. Even though I was doing research on my own, I didn’t have any guidelines or support in terms of wig care or hair alternatives and skincare and makeup. The LGFB workshops gave me more information and helped me to own my new appearance and to see the beauty in it again. Seeing a group of women come together also made me feel much more confident and supported. The workshops created such a nice sense of community. Because there’s already so much that we can’t control when we’re going through our cancer journeys, it’s uplifting and powerful to have something that we can control and that we can change for the better, which is our appearance. I learned to look at myself in the mirror with kinder eyes.

And not just physically, but emotionally and mentally, too – I’ve learned to look at myself with more compassion. I learned that all the emotions I was feeling – the anger, the self-pity, the anxiety – are normal human emotions, and there’s a reason that we feel the way we do. Allowing myself to really feel these emotions, rather than to push them away or beat myself up over them, has been huge for me. I now trust that I can work through these emotions and turn things around. And coming out the other side, I have a stronger sense of identity, a stronger sense of my values and my beliefs, and a stronger knowing of what’s important in life.