Life after cancer: What became reality … 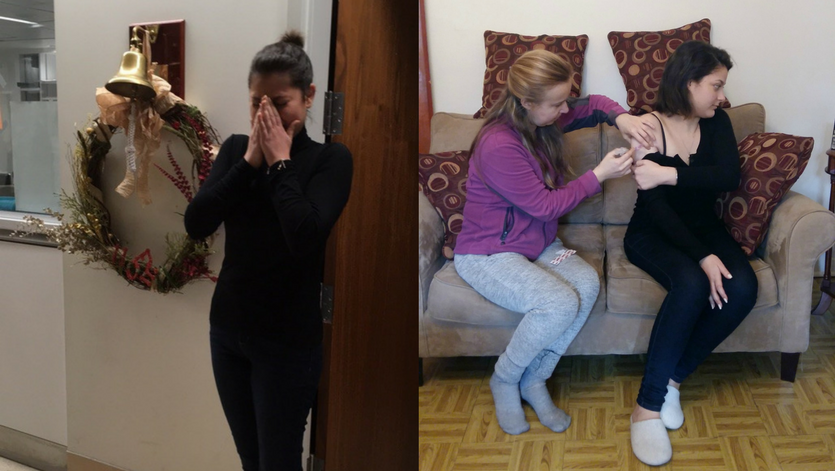 Life after cancer: What became reality to me

Hi! My name is Adriana Lombardo and I am an Acute Lymphoblastic Leukemia (A.L.L.) survivor.

I was diagnosed on December 1, 2014 and had my last chemo January 27, 2017. During those two full years of treatment - once a week, might I add - I kept searching for that light. I wanted to know that it would soon be over and that I could “move on.” 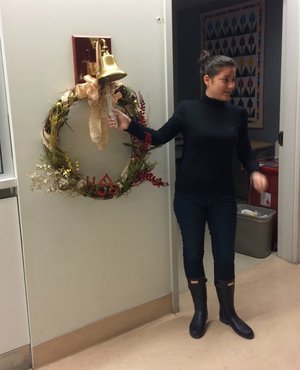 Was I excited when I finally rang the Bravery Bell at Princess Margaret Hospital on Friday, January 13, 2017 marking my last in-hospital chemo?

Was I secretly frightened to know that I wouldn’t be monitored as often or as closely as I was during treatment?

When I first became an out-patient back in January 2015, I was visiting Princess Margaret Cancer Centre once a week to do blood work and get chemo. That went on for several months until I entered the final part of my treatment: The Maintenance Phase. I was going to do blood work, see my doctor, and get chemo once every three weeks while still receiving homecare chemo the other two weeks.

I had pictured that transition a little smoother than it had actually gone. I had a really difficult time in the beginning coming to terms that I was slowly moving away from this big part of my life.

Although I was transitioning mentally alone, my mom, too, had a difficult time. Any ache or pain or cough would silently concern the both of us. That soon changed as we had gotten used to it – especially since that phase was seventy-two weeks long with the exception of it getting delayed due to infections, which occurred several times.

In September 2016, while still undergoing treatment, I decided to go back to school.

I had applied to college in October 2015 with the hopes of bringing back some normalcy into my life.

I was a little nervous.

Okay, I was really nervous. Not about the academic aspect, but of the social aspect of it.

To be fair, prior to my diagnosis, I was a really confident person. I could walk up to and talk to anyone. But because I had not been in school for a year and a half – let alone a social setting other than the hospital – I thought I had forgotten how to socialize.

I know you probably think this is funny, but seriously, I made it seem a lot more difficult than it actually was.

Prior to school starting, I would visit the campus often just to familiarize myself with it. I attended orientation and was fortunate enough to meet quite a few people.

The first week of classes went just as anyone else’s: you sit in a classroom full of people you don’t know and hope that maybe just one person will say hello. 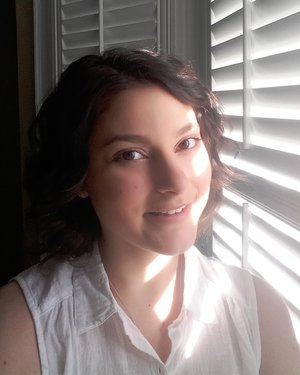 Because I was in the hospitality program we were expected to introduce ourselves and get to know one another. To be honest, that really helped. Being forced to talk to people made the whole situation a little more comfortable.

By the first month, I had made a small group of friends whom I was able open up to about my diagnosis. I wasn’t fearful of what they might think because I made sure to get to know them a little before opening myself up to them. They were very accepting of it and I made sure to tell them that I was very open about the situation and should they have questions, I’d be happy to answer them. The first semester went great until Christmas break.

In August 2016 I was told I had AVN (Avascular Necrosis) of the joints. Specifically, in my hips. My left hip was damaged to the point that I would need a full hip replacement once treatment was fully completed.

I was well aware of this prior to starting school, but because I didn’t want to sit on the sidelines anymore, I decided to push myself through my limp and go.

I was doing well up until school picked up. I was a part of a club so there were a lot of after school meetings and travelling to different locations for field trips. I also just wanted to fit in with everybody and decided I’d take the stairs each time my friends did to avoid the embarrassment of having to take an elevator two floors up or down.

I didn’t experience too much pain in my leg until November or December. The pain and the limp had both gotten worse. It had gotten to the point that I needed my parents’ assistance in putting on my left sock and shoe.

I had finished first semester successfully with a 3.86 GPA and made it on the Dean’s List.

During the holidays both my parents and myself noticed that my limp was getting really bad. I couldn’t sit nor stand for too long without it cramping and me walking like I was about to fall over. I just couldn’t keep up.

I knew that week was going to be tough, both physically and emotionally. I knew that on that Friday, I’d be ringing that bell to symbolize the end of a very long chapter in my life.

It frustrated me when I would hear people tell me, “Oh, you’re nearing the end! Now your life can go back to normal,” or “See, it’s over. Now you can start your life!”

But unfortunately, that’s just not how it goes.

Well, at least for me it wasn’t. After ringing the bell and being in the second week of three of my final cycle, I found myself unable to focus in class because of the pain in my leg and the thought of nearing the end of treatment.

The thoughts of “being alone” and no longer being monitored really scared me.

One night after leaving class with my friends, my leg gave out and I fell. Luckily, they caught me, but it put things into perspective: I wasn’t fully healed.

Those first two weeks back at school after the holidays I was crying myself to sleep each night because of a tough decision I’d have to make and face it on my own. Only I could make this decision so I found it unfair to have to bring it onto others. I realized that I still had a lot of healing to do – both physically and mentally. I had to put my health first and foremost and step away from school to do so.

Believe me when I say in no means was it an easy decision. Had it not been for that fall, I’d probably still be pushing myself mentally and physically to strive but that’s just the thing; I would not have been as successful as I was in first semester.

Now that I sit back and really think about it, I have come to terms that I used school as distraction to what I knew I would soon have to face.

During treatment, I made it from point A to point B: the diagnosis to ringing that bell. I avoided my emotions and just kept telling myself, “You need to get through this. Stay strong and it’ll be over.”

Don’t get me wrong, I did have my bad days just like the next person, but for the most part, I stayed positive which helped me get through treatment.

Now I am facing all the emotions I didn’t want to face at the time.

I took up mindful meditation at the hospital which is the best thing ever! I was taught how to handle my emotions in the appropriate way without dismissing them, but also not allowing them to control my life. I was taught to accept them for what they were. Thoughts are not facts. We are just human to face these catastrophes head on day after day.

I also started seeing a psychologist to open up about what I’m feeling and the transition from cancer life to starting a new life.

Both of these things are incredibly helpful in the mental healing process. I don’t expect results overnight, but I am committed to practicing what I learn to get to a better me.

Yes, I was diagnosed with cancer at a young age.

No, it does not define who I am nor who I am supposed to be.

Cancer was just a chapter in my life. One of many. Another chapter is meant to continue on with the hip replacement.

I recently learned that rather than being on a waiting list for much longer, they were able to move me up. On March 8, the day before my birthday, I received an email offering me March 20, 2017 for my hip replacement.

Of course, I was caught off guard as it was very short notice and dealt with it and accepted that surgery was now a reality. But I also knew I had to take it. I was in the process of mentally healing and now it was time to get on with the physical healing. As I prepare for surgery, keep checking out my blog for updates.