Finding Confidence With Each Challenge 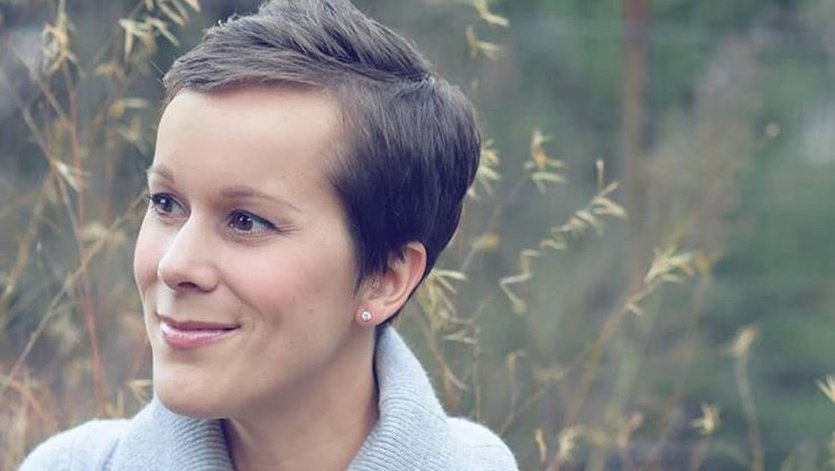 Finding Confidence With Each Challenge

When Kim Angell was diagnosed with breast cancer at the age of 34, it was a total shock.

While lying in bed one night, Kim had a thought out of nowhere to do a self-exam. “I had just seen my doctor eight months before and the breast exam was clear,” she remembers, “I never though in a million years that I would find anything.”

But she did. She felt a lump in her right breast, the size of a golf ball.

Sent for an ultrasound, then a mammography and finally a biopsy on the same day, she heard the “C- word” for the first time when she was told it was likely cancer. It was the day after her 34th birthday.

The diagnosis was confirmed 5 days later.  “Everything turned into some kind of blur after I found out”, says Kim. “I was just scared not knowing what was going to happen; if I would lose my breast, lose my hair, or how I would respond to chemotherapy.”  She felt all the fears growing up inside of her.

She had a lumpectomy, underwent 16 weeks of chemotherapy treatment, 28 treatments of radiation and a bilateral mastectomy. 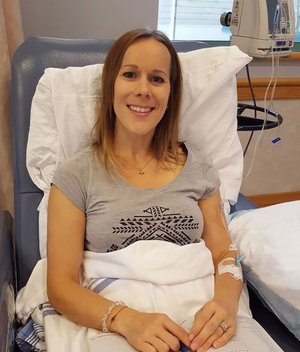 She knew she would lose her hair along this journey, even though part of her was in denial. After two weeks into chemotherapy, her head began to itch and she started pulling out clumps of hair. Ultimately, she decided to take charge and shave her head before her hair had a chance to fall out completely. “I felt empowered and I actually loved what I saw in the mirror, I was looking kind of badass!” she says, smiling.

Eventually, the side-effects of treatment started to impact her confidence as she lost her eyebrows and eyelashes. “It was hard getting up, looking in the mirror and seeing a completely different person,” she remembers, “I was losing a sense of my identity and I did not know who I was anymore.”

While struggling with these effects, she found out about Look Good Feel Better. In need of “something to lift her spirit”, she could not think of a better time to attend a workshop.

“It just felt like such a safe place, being surrounding by women who understood exactly what I was going through and who were struggling with the same issues and their own confidence,” says Kim. “Connecting with them was an empowering experience and learning how to use makeup and draw my eyebrows back on made me feel like I was taking that control back again.” 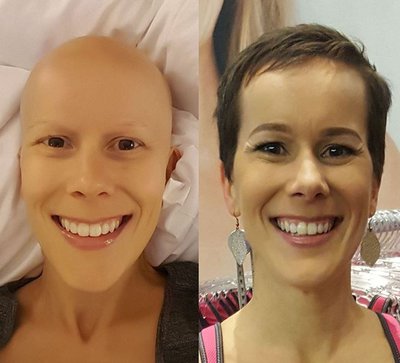 Look Good Feel Better helped her find a sense of herself again - showing her that she could play with her new image, find her own style and realize that she was beautiful. “I felt confident again and I left that day feeling better than I had in weeks.”

With each major milestone of her journey, she had to work to find her strength and confidence again and again. Through it all, being able to “rock her bald head, bold lipstick and draw her eyebrows” has helped her take back control and boost her own confidence.

“Having a program like LGFB helped me find that beauty, not only on the outside but also on the inside,” Kim says, “I found confidence in myself while finding my own style. It helped me learn to accept more who I am.”

Learning about her new self is still a work in progress, but the workshop was one of her first steps in accepting and embracing the person she is today.

Kim wants all women to have the same opportunity she did to attend a Look Good Feel Better workshop, which is why she is helping to bring awareness for the program by sharing her story. You can help spread her message by letting the women in your life know that Look Good Feel Better is there for them.

On August 11th, Shoppers Drug Mart stores across the country will be hosting their Summer Beauty Gala in support of the charity. Five dollars of every ten-dollar ticket sold will go towards Look Good Feel Better, helping women with cancer feel like themselves again. Grab your sister, mother or girlfriends for some feel good fun and help empower women in your community!