Predisposed to cancer: On my second dia… 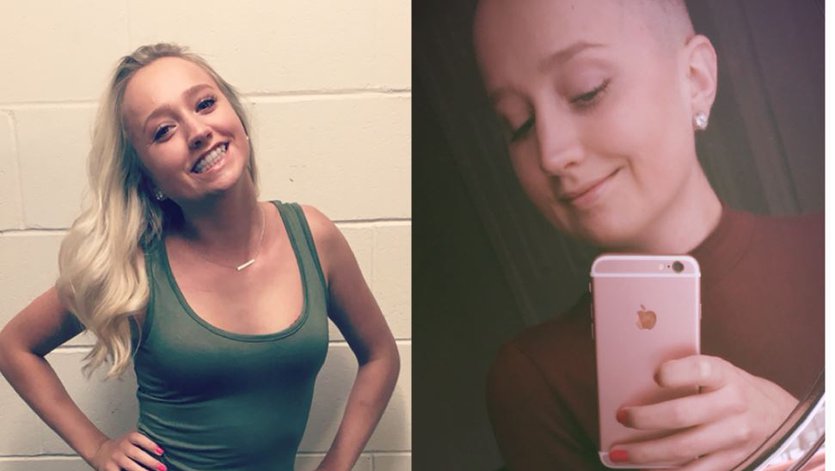 Predisposed to cancer: On my second diagnosis at 18-years-old

Cancer - the six letter word that half the population reads as “death.”

I’m here to tell you that cancer is NOT always a death sentence. I’m also here to tell you it’s by no means a happy or wanted sentence but let's just be clear that it doesn't always mean death.

Ever since I can remember, cancer has been a part of me.

From the first diagnosis, at the age of two, to the countless MRIs, CT scans, ultrasounds, bloodwork and X-rays - it's been part of my life.

I was diagnosed with cancer for the first time at the age of 2; it was a brain tumour situated behind my left eye.

I underwent treatment for months, with little results. My family was devastated by the idea of losing a loved one at such a young age.

After 12 weeks of radiation, and week long chemo treatments my tumour began to shrink. Eventually my oncologist was able to shrink the tumour, to roughly the size of a loonie, as
well as eliminate the cancer cells.

Years of fighting finally paid off.

It created a miracle… ME.

In addition to having underwent a childhood cancer, I was born with a genetic mutation known as the P53 gene. The genetic mutation, which in my case was not inherited by either one of my parents, affects the way my cells duplicate DNA throughout my body (it’s much more complicated than that but I’m sure you get the jist of it.)

Anywho, this genetic mutation (P53) predisposes me to seven cancers in my lifetime with an astonishing likelihood of 96 per cent.

In all honesty though, I never worried about it. I always told myself it’s pointless to worry about something that was out of my control.

Whether I worried about cancer or not, if my biology insisted I get it - there was nothing I could do to change that.

January 6th 2017, shortly after my 18th birthday, the inevitable happened - I was diagnosed with cancer for the second time.

I had been sleeping more and frequent headaches during the night began to affect the quality of my sleep.

Those around me believed it was the lack of routine in my busy university lifestyle but something inside of me knew there was an underlying issue - cancer.

As my second journey with cancer slowly approaches its end, I can't help but smile at all the milestones I plan to accomplish between now and the inevitable.

Read more from Anyse at her blog Permanently Pink.

I’m probably one of the happiest people you’ll ever come across. I love learning but life doesn’t stop for anyone & while pursuing my journalism degree at Carleton I was diagnosed with cancer (may I add for a second time.) Nevertheless I’m still trying to look on the bright side of everything. Positive anything is better than negative nothing.