What would happen if we redefined 'brav… 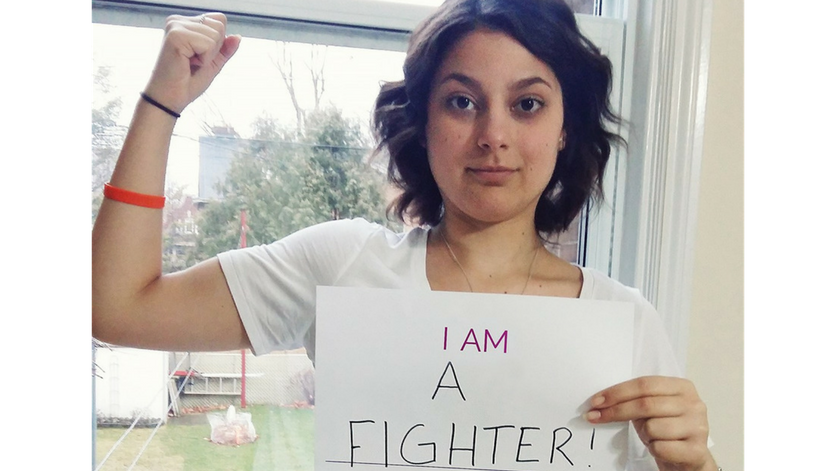 What would happen if we redefined 'brave?'

Brave, according to the Merriam Webster dictionary, is defined as “having or showing mental or moral strength to face danger, fear, or difficulty.”

It is a word I heard a lot going through treatment and even now as I face my days in remission.

A word loosely used and that completely undermines its own meaning, in my opinion.

Because I was homeschooled while going through treatment, I was considered brave.

Because I participated and volunteered with charities while going through treatment, I was considered brave.

Because I started college while finishing treatment and knew I needed a hip replacement, I was considered brave.

When people would see me for the first time, all I ever heard was, “You’re so brave to have gone through what you did,” or, “You’re such a brave woman to do all that you do while fighting.”

It wasn’t the easiest compliment to take.

People looked at me as if I was some hero because they would always see me smiling and out and about. I couldn’t help but wonder what their image of a “hero” really was.

What people didn’t know, was the fight that I had with myself every single morning to get out of bed and smile.

Yes, I always found a reason to smile, but knowing that each breath that I took from the moment that I woke up until the moment I went to sleep was a fighting breath, made things a little scary for a 17-year-old.

That is why I never said no to opportunities that arose or wanted to let a day pass without a smile or a laugh – even if I wasn’t feeling the greatest.

I never wanted to show people how I really felt on my bad days.

I felt that because my circle of influence had created such an image of me that I would shatter it all with the simplicity of being honest…not only with them, but even with myself.

I sit back and ponder on my cancer journey: I wasn’t brave at all.

I wasn’t this hero everyone had set me out to be. I almost blame myself for giving them this image because I never told them the truth about how I felt.

I smiled through the pain to show everyone that I was alright.

But many nights were spent crying myself to sleep. Many days were fighting the lack of sleep from the night before. And yet I pushed every single day – almost to distract myself.

I don’t see bravery as someone who can fake a smile or a laugh in times of distress or during trauma. Bravery to me is being honest with yourself and those around you.

Tell people how you’re feeling. It’s the ability to say “no” every so often.

When we have the capability to be honest with everyone around us, including ourselves, and tell the world that we need time for ourselves and time to heal, that’s being brave.

This doesn’t only apply to cancer patients/survivors.

This applies to everyone.

Anyone and everyone who tries to live up to a standard that society has set for you. Anyone who thinks it’s okay to cry behind closed doors.

Bravery is showing the world that you are vulnerable and that it’s okay. Show the world your authentic self.

Be brave and break through those images people have of you.

Be your own hero.